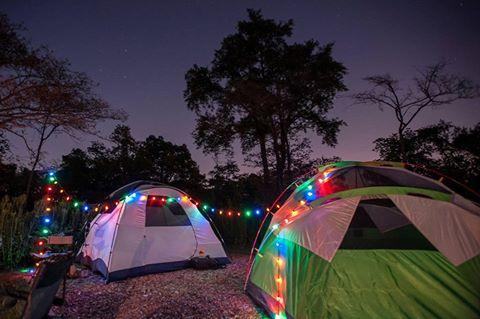 During the G20 protests ARNA will sleep in a tent camp with activists from all over the world. The camp will most likely be placed in the Stadtpark (a public park) but the place of the camp are yet to be determined - at the moment the specifics of the camp are tried in court by the German authorities. We see this as scare tactics trying to prevent us from exercising our right to protest, and we are certain that a camp will be set up somewhere in Hamburg.

In the camp all participants from our busses and other Nordic comrades will have the possibility of living together and jointly participate in the planned protests. If you want to live with us in the camp please bring a tent, sleeping bag and other equipments needed for camping outdoors.

The administrative court in Hamburg ruled that the ban of a No G20 protest camp in Stadtpark in Hamburg is inadmissible. Police authorities announced that they will appeal against the court decision. The legal team published information about the legal situation for No G 20 activists.

Submitted to Enough is Enough

The court confirmed its own decision of June the 7th and again allowed a protest camp in Stadtpark in Hamburg from June 30th until the 9th of July. The court motivated their decision that police authorities need to prove that there is a “police emergency” to ban the protest camp. According to the court police authorities failed to do so and the police press department instead stated in German media that the preparations for the G 20 police operations are going well. Police authorities announced that they will appeal against todays court decision.

The legal team published information about the legal situation for No G 20 activists;

Political actions often result in problems with the police forces. The Legal Team (EA) is an anti-repression structure supporting you during and after actions. If necessary, in cooperation with solidary lawyers.

This number is NOT A helpline service.

Some hints to effectively counter the repression of the protests to be expected:

during the months before the G20 summit:

During the action days:

In case of arrest/detention:

Special conditions in the Federal Republic of Germany:

If you get problems with the repression authorities at a later stage, contact your local anti-rep group or the Hamburg EA.