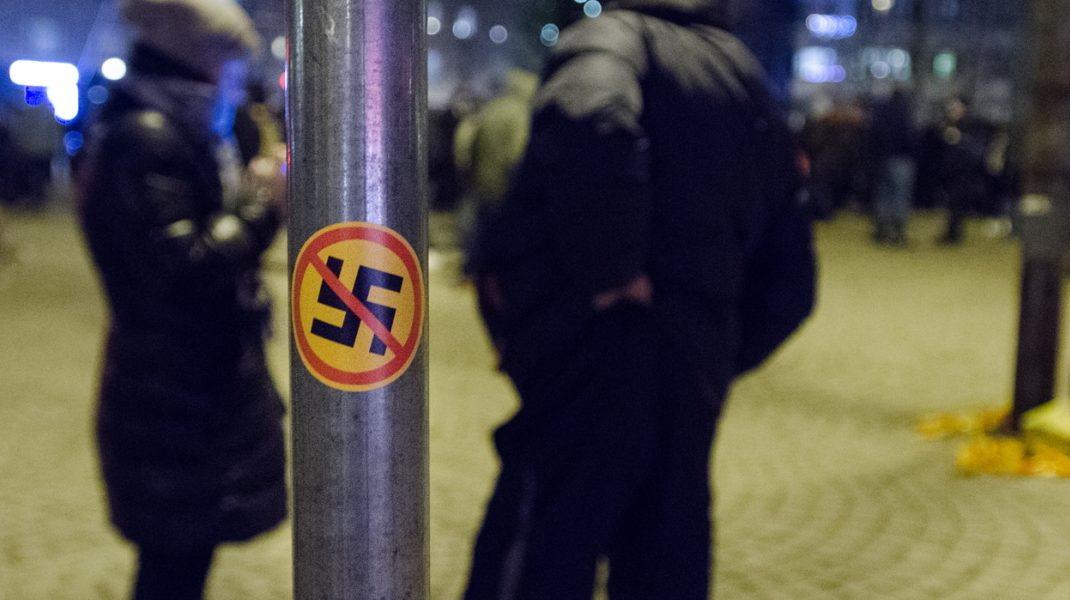 Anti-fascist counter-demonstration
No space for hate!
We gather on Saturday 26.8. at 14:30 on the Narinkkatori

On Saturday the 26th of August a protest “against terrorism” will be organized in Helsinki. Under the guise of the tragic events in Turku last Friday, it tries to spread ethnic hatred and further intensify governmental control. The event is now being promoted using a “more eloquent” tone, but its original name “immigrants out – down with the government” tells us all that is essential. The tragedy of Turku is only another excuse for the fascists to push for their agenda. There is no organization behind the demonstration, but it is clear that those same people have been working in and around the movement that has previously been keeping up the racist “Finnish Maidan” camp in Helsinki. There the fascists have for example shown a gun and pepper-sprayed a person as well encouraged their followers to harrass asylum seekers, sexual and gender minorities, protesters, passers-byes, and other people in the center who don’t fit in their model of white Finland.

These kinds of demonstrations will never be welcome in Helsinki, and fascists will not be allowed to use a tragedy like Turku attack to further their political goals. That’s why we will gather where they go, to make it clear exactly how welcome they are to spread their misanthropic thoughts in the streets of our city.

The presence of fascists has already become annoyingly frequent on the streets of Helsinki, and we have stop it. Let’s create open and free Helsinki for all people regardless of their ethnic background, sexual orientation, gender, or any other background: a city where we do not have to fear secular or religious violence and harassment on the streets. People have already died in vain: most recently in Charlottesville, Barcelona and Turku, and the murder in the Train station Square of Helsinki last year is still in our memory. It is up to each and everyone of us to raise our voice wherever they go and to intervene wherever they organize, just as we saw a number of people intervening in Turku.

Come and show that the fascists, jihadists, or any other fundamentalists will not determine who is allowed to walk in the streets of Helsinki! Let’s fill the streets with solidarity and life and cut the space of hate!

The event is organized independently of party politics, but all anti-fascist groups and general anti-fascist symbols are warmly welcome. Join us and invite your friends as well!

Also, join the demonstration facebook event and invite your friends.