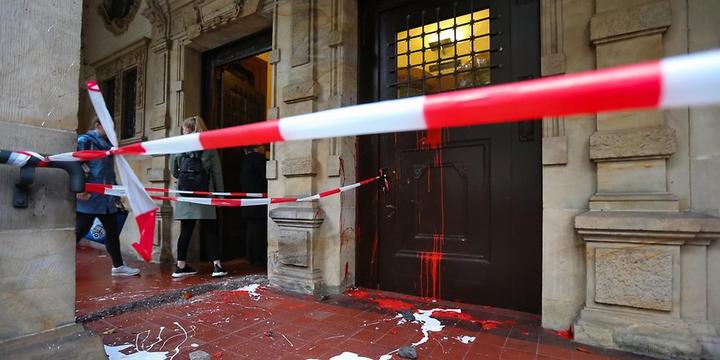 Why is it progressive to attack a journalist?

If it is part of your ideas, or just part of the way you enter into the world, that this society is your enemy and you have debunked all beliefs in any of its institutions, and you find it important to live your ideas, then nothing would make more sense than to attack the judges and the journalists.

Journalists are one of the strongest defenders of democracy I could ever think of, be it in the disguise of the more specific Freedom of Speech-defense. They might shed a light on relationships, events and situations in society, that we can use as arguments for our struggles or positions but in doing so, you also confirm their role as democratic defenders. Maybe as individuals in their pursuit of survival, you can find them on your side, but in their work, in the role that is ascribed to them by society and gladly held like a medal on the chest by many, they are as much the enemy as any other democratic force.

I find few other terms less relevant for my struggle in this world than "progressive" and would answer your question with:

"No, it's not progressive to attack a journalist and partly therefor I would consider doing it". To me, progress/being progressive is to be aligned with society and its way of ruling the world and its inhabitants, to put your signature on the same terms of agreement in how to view the world and how to act in it.

I dont think using journalism to our advantage instead of physically attacking journalists all the time means "confirming their role as democratic defenders". Neither do I think shopping at the store means confirming the store owner as the provider of food and benefactor of the people. This all shallow rhetorics.

Nearly everyone adheres to the roles assigned to them or else neither capitalism nor bourgeois democracy would function. Does the art lover also advocate random attacks on people that work or vote in elections?