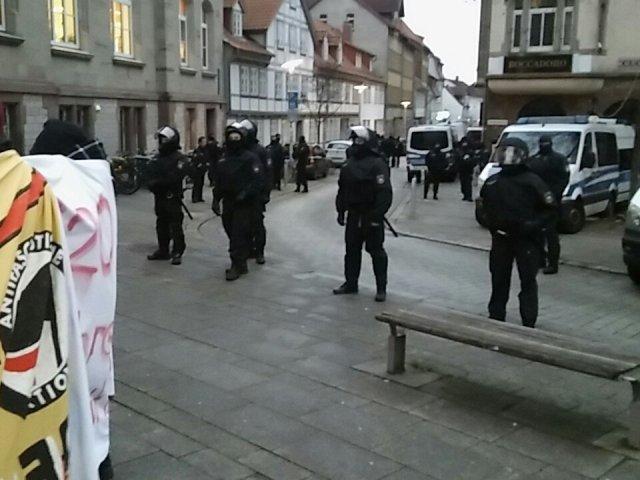 December 5, 2017: German cops raided more than 20 buildings in several German states today by order of the special investigation unit “Black Bloc”, which is investgating the clashes during the G20 summit in Hamburg. Several people were injured during the police raids.

The raids started in the early morning hours. At 06:35am Twitter account @linksunten_goe tweeted that there where many cops around left wing buildings in Göttingen, Germany.

Soon similar messages arrived from other German cities. Cops raided more than 20 buildings in eight different German states. Among these states were Hamburg, Berlin and Lower-Saxony and cities like Cologne, Bonn, Siegburg, Göttingen and Stuttgart.

According to German main stream media outlet NDR one of the raids was carried out in the private apartment of an alleged member of “Roter Aufbau Hamburg.”

Tthe cops also raided 2 social centers in Göttingen (Rotes Zentrum) and Stuttgart (Lilo Herrmann). In Göttingen cops also raided the private apartment of a member of the county council. Meinhart Ramaswamy, a member of the German pirate party said: “We were ruggedly and brutally disturbed during breakfast and we feared they will damage the doors. The police came in with 25 officers. They even wanted to take job-related documents. The don’t let in the press.” 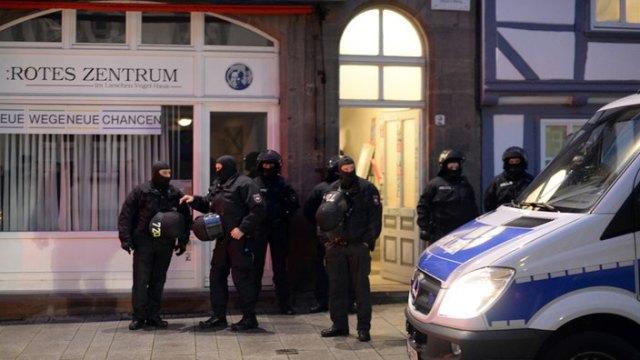 According to German daily Neues Deutschland the cops said that the raids were solely related to the events in the morning on July 7 at Rondenbarg Straße in Hamburg. This was the area where Fabio was arrested, who was released on November 27. During the police operation at Rondenbarg 11 people were severy injured on July 7.

After the state prosecution failed to proof that Fabio was involved in any violent clashes and the massive police violence at Rondenbarg, it seems like todays raids are an attempt to distract from the police violence by criminalizing activists. In the past weeks there were several critical media reports about the Fabio case and other court cases. The Police violence during the NoG20 protests was also featured in several German media reports. 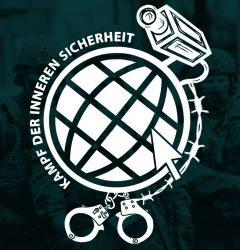 It’s expected that people will take action against the massive wave of repression. After the showcases in German courts, the threats to evict the Rote Flora, the closure of Linksunten Indy media people have had more than enough. One of the first possibilities where people can take action is during this weeks conference of the German ministers of interior. At December 7 there will be a demonstration against the conference in Leipzig, Germany. The conference of the German interior ministers (of all German states and the federal minister of interior) will take place in Leiprzig. The demo starts at 05:00pm (17:00) at the main train station (Hauptbahnhof) in Leipzig. 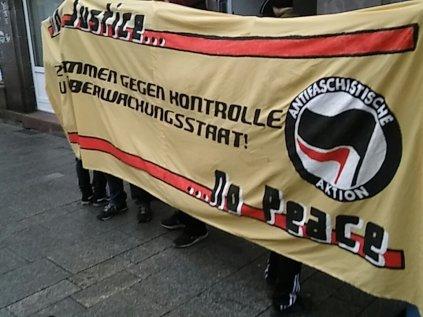 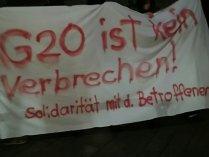 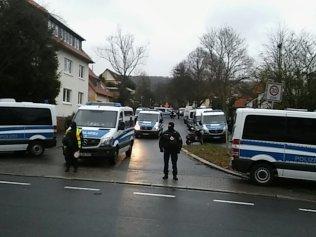