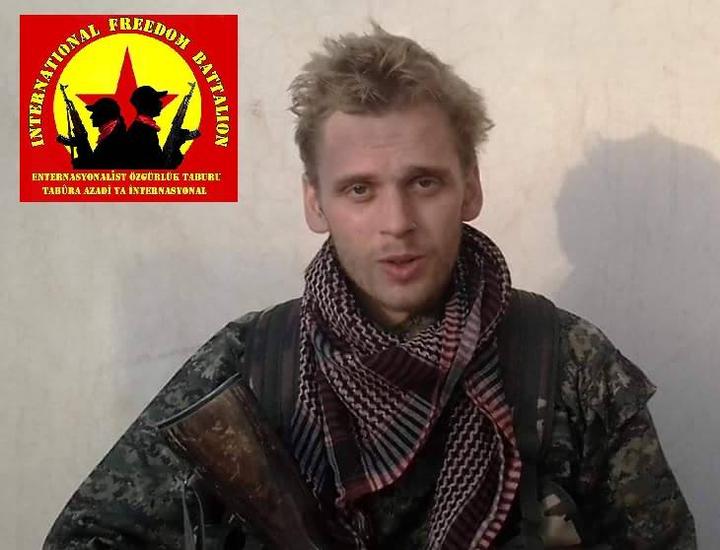 Our comrade Haukur Hilmarsson (nom de guerre Sahin Hosseini) has become immortal. A dedicated anarchist militant he heard the Anti-Fascist call of the YPG and International Freedom Battalion and travelled immediately to join the fight in Manbij. Unable to reach Rojava and deported from Iraq back to his native Iceland, he did not give up. Returning to the region he quickly gained honour and respect in the bloody battles of Raqqa, where he was a team commander of our tabur, the IFB. He was popular and trusted by all comrades, and was chosen as a representative on the committee of the tabur. Ready to leave after the defeat of ISIS in their capital, he returned once again to the fray to confront the invading colonial fascist forces if Turkey and their jihadi allies. It was in this fight he fell a martyr, in Afrin. In death we say he has become immortal. For we will never forget his struggle, his name, and his example - and we shall never give up his fight.