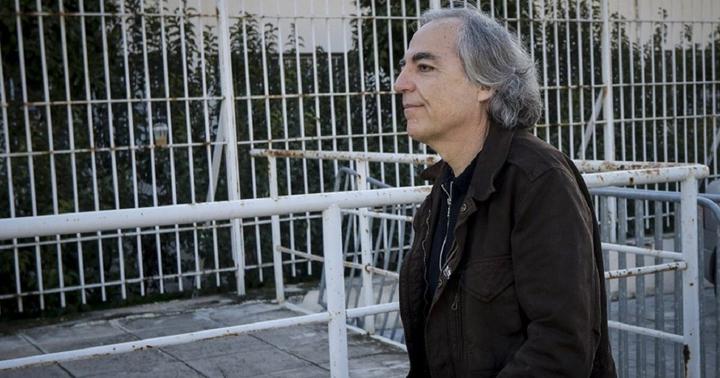 Greeece: Statement on the launch of a hunger strike by Dimitris Koufontinas

Greece. In the last Sunzi Bingfa there was a short article with a statement from Greek comrade Dimitris Koufontinas which we translated in English. On January 8 Dimitris started a hungerstrike.

The document of the Ministry, about which I was informed yesterday, reveals its unprecedented method towards me, since according to it, in the hour and a half that my transfer from Kassavetia to Domokos (both are Greek prisons, translator) lasted, where and also how the “domestic family” (meaning here the ruling family that is currently in the right-wing government, translator) demanded it. Now it seems that I was also transferred to Korydallos to show that what was required by the photographic law on agricultural prisons, which they had made to oust me from them, was respected.

Complete humiliation of the rule of law they speak for, completely shredding their own laws. However, this is not simply a method of exterminating a political prisoner. It is not simply a caressing of the most far-rightg tendency of an increasingly extreme right government. It is an attempt to bring down a human being. Not for what he is, but for what he signals by refusing to succumb to the unbearable pressure the system puts on him, as recently emphasized by the representatives of the family and the selected one of the ( U.S., translator ) embassy.

After all that has obviously happened and all that has been cynically revealed in the war against me, the hunger strike is now a matter of one’s own consequence and individual dignity.

Since they insist on the law they so provocatively worked out, they must now apply it, at least he (meaning here Chrisochoidis, current Interior Minister of Greece, translator). And take me back to the basement of Korydallos, to the special wing that the minister of repression M. Chrisochoidis himself created to bury November 17 and where I have already spent 16 of the 18 years I have been in prison.