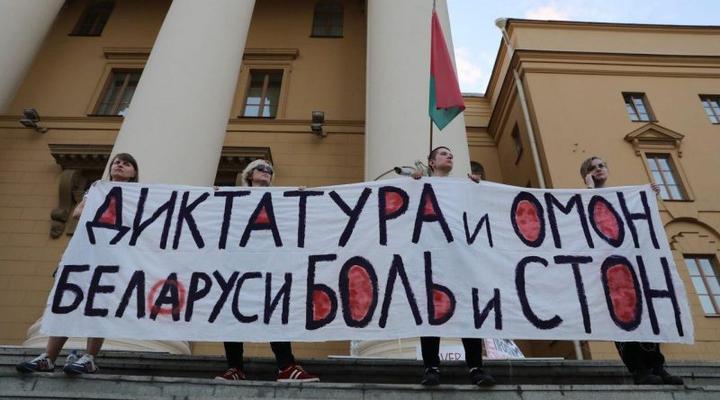 Biggest demonstration in history of Belarus

Foto: “Dictatorship and OMON are pain and sorrow for Belarus”

Today people were calling for the biggest demonstration in history of Belarus. And you can say that this was working quite well. In Minsk 200.000 people went on the streets. In a lot of other cities people were protesting as well in huge numbers and even small villages joined the protests. People were demonstrating till the night. In Brest people were calling OMON officers murderer and were shouting anti KGB slogans. People went to the prison and demand the release of the prisoner. And somehow some prisoner were released this evening. In Minsk people also passed the KGB building and demanded release of prisoners. Anarchists were joining the protest, spreading leaflets about tactics and present five demands.

Our 5 requirements:
– Resignation of Lukashenka, parliament and all ministers
– Release and amnesty for all political prisoners
– Dissolution of riot police and all security forces responsible for violence on the streets of the country
– Direct democracy – The people should be included as much as possible in making important decisions
– Reinstatement of all those dismissed from work for participating in protests 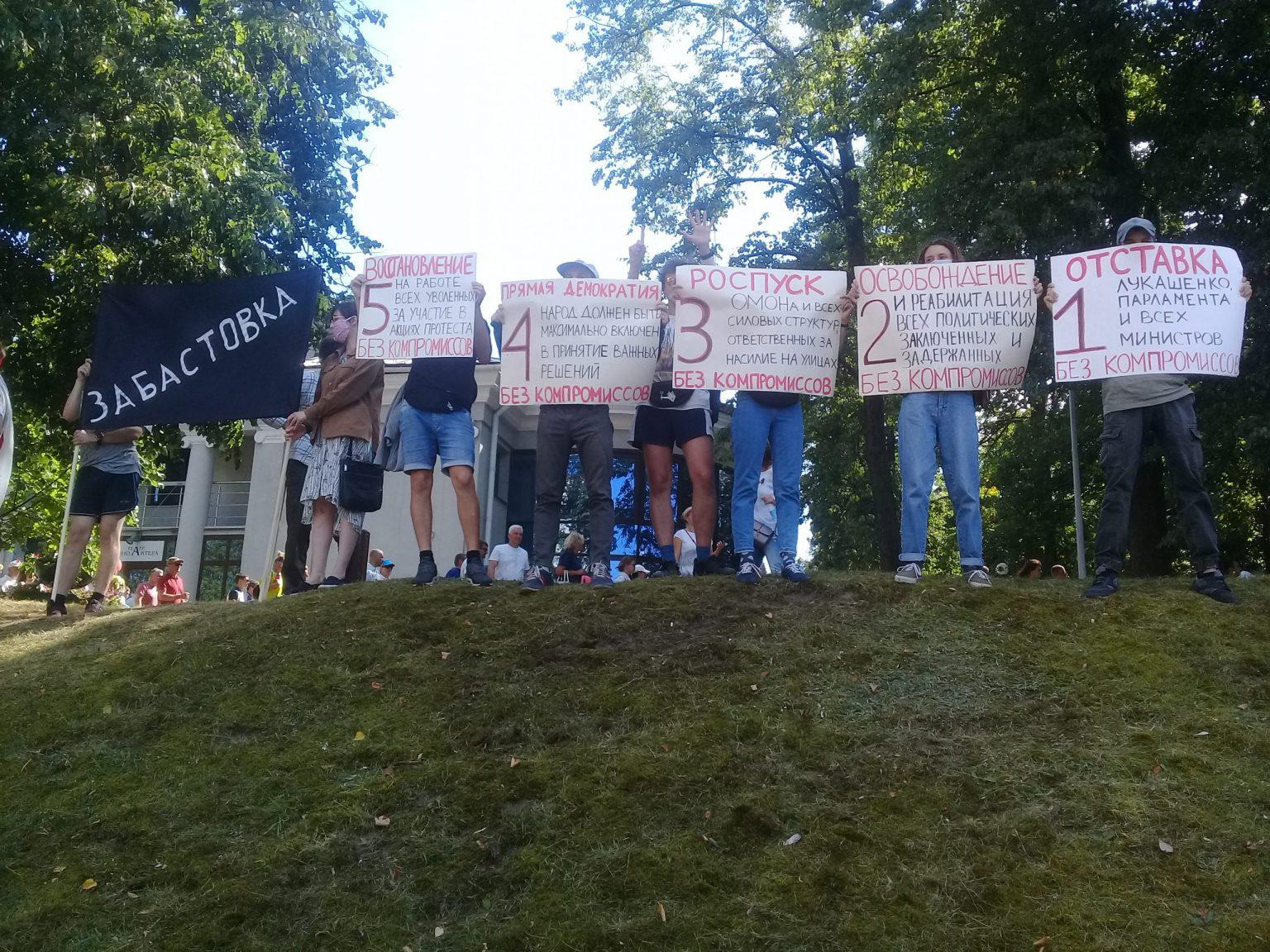 Lukashenko called today as well for a demonstration. For that reason convoys with buses from different cities drove in the morning to Minsk. Apart from loyal people participating, workers from state enterprises were pressured to join, otherwise they would loose their job. Some of the buses seem half empty people reported. Lukashenko himself appeared sharp 2pm at the rally and gave a speech. Most important fact of the speech was that he is not leaving before he is dead. 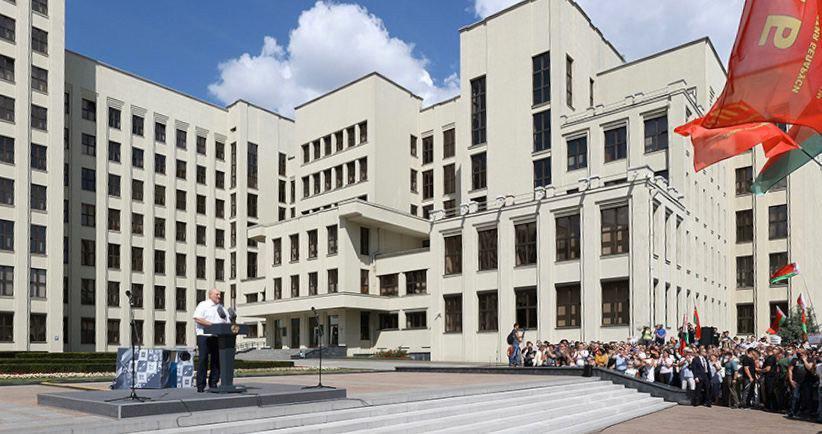 While in Brest and Baranovitsh some people were released in Minsk people got detained again today. Several incidents were reported where people got arrested. Some brought in cars others in buses and it was not clear it was not clear where they were being taken.
For tomorrow people called to continue the general strike till all demands of the people are fulfilled, like Lukashenko should resign, people should be released from prisons and the murderer and perpetrators are to be held accountable for their actions.

The old #anarchist slogan “The power is made from black rubber” at the demonstration in #Minsk right now #Belarus. FOTO