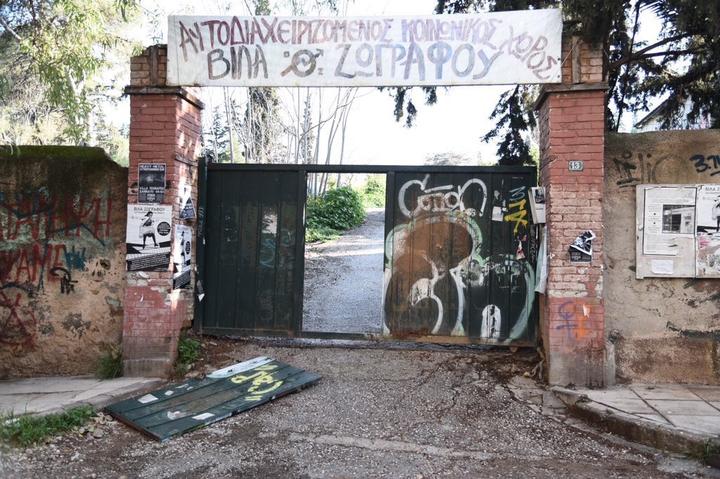 The left-wing Syriza government evicted 2 squats in Athens, Greece today. In the early morning hour police evicted the Villa Zografou and The Hospital squat on Alkiviadou in Athens. The Alkiviadou squat housed refugees. About 200 people were detained. We publish a statement from Khora’s Social Centre about the evictions.

This morning at 5am, 2 squats in Athens, 1 housing refugees, were evicted by the police.
Around 200 people are currently being held in police stations, with no access to a lawyer. One person we are in contact with was told she doesn’t have the right to see a lawyer, telling her she “isn’t being detained, just ‘held back’ before being referred to a camp.”
Those with papers have been separated from those without papers, and we don’t yet know what will happen to them. A policeman we spoke to outside the police station this morning admitted to following orders that he knows go against the refugees’ rights.

We stand in solidarity with those detained and in opposition to the continued refusal of the state to grant refugees their rights and allow them access to safe living conditions. 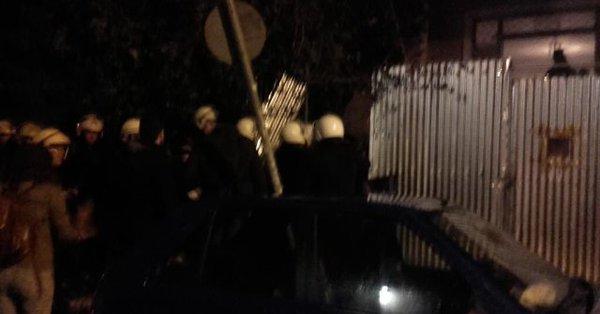 The well-known City Plaza squat, which is also housing many refugees in Athens, also published a statement on their facebook page.

About 100 of the refugees with papers were released again, while “non-citizens” without papers will be send to “hotspots”. The Greek state also raided a self-organized center in the city of Agrinio today. The cops vandalized the venue and stole 600€. 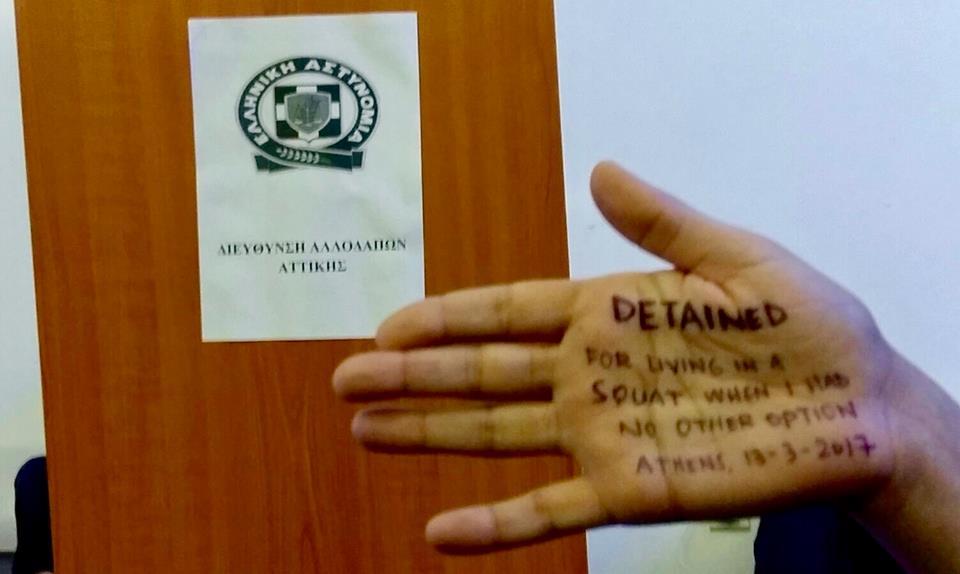 Image: A refugee about his detention earlier today.

Several thousand people protested in Athens against the evictions tonight. Clashes broke out after cops attacked the demonstration with teargas.

The call for tonights demonstartion against the evictions was published on squat.net. and other independent media and social networks. The statement on Squat.net says:

The repression of social liberation movement and the destruction of the occupied spaces of refugees and immigrants will not be left unanswered. The Greek Left government chose at the dawn of 13/03/2017 to listen to the commands of the conservative right and the neo-liberal Media of Mass Manipulation and attack against two occupations of the broader social movement in Athens Greece. Police raids are an ideal example of the policy imposed by the domination during our era: when we sleep the State continues working against all of us.

The occupation at the beginning of Acharnon Street, very near to the old Villa Amalias squat in the center of Athens was – with the joys and sorrows of the past year-, a real school for all the local solidarity activists that took part in the titanic struggle offering assistance to refugees outside the mechanisms of the regime as humans to humans the last years. The occupation of Acharnon was the first example of direct, autonomous and unmediated self-organization of refugees without the presence and participation of local activists. It was a self-organized space of immigrants and refugees by themselves for themselves and this is why it was hit directly by the state.

The occupied park and castle of Villa Zografou in Zografou area was an important social center of a neighborhood with very strong involvement in the uprising of 2008 and the movements that followed until the final uprising of February 12, 2012. At a time of recession for the movements and inaction of the society State comes to get back every corner conquered by the social movements at the time they tried to give answers to the capitalist, predatory raid misleadingly named by our oppressors as “CRISIS”. The fraud of representation of popular interests in the parliament House by ridiculous politicians and sold out parties ended at Syntagma Square in the summer of 2011. The massive illusion of the desperate majority that Syriza will “save us” ended long time now. Proof that the left government is nothing more than another form of antisocial- “social democracy” is in front of us. Syriza is a zombie PASOK dying and putting every minute that passes the future of this society as mortgage to remain grasped on power.

The parliament stinks as plague and those ones who want to support it with their backs and to irrigate it with their blood they have to know that they live at the expense of their children and CHILDREN WILL GIVE THEIR ANSWERS. The Future will defend its rights and THE FUTURE BELONGS TO THOSE WHO ARE STRUGGLING.

Pics from the demo earlier tonight 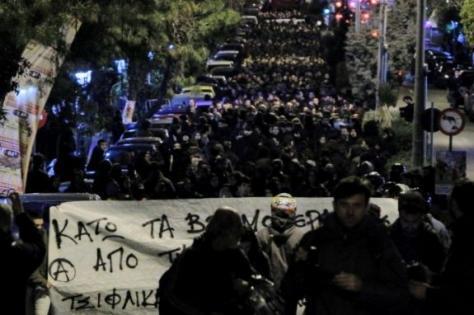 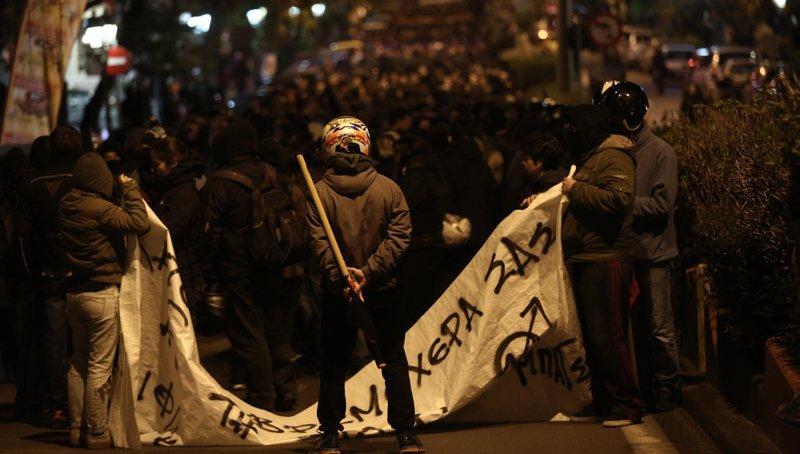 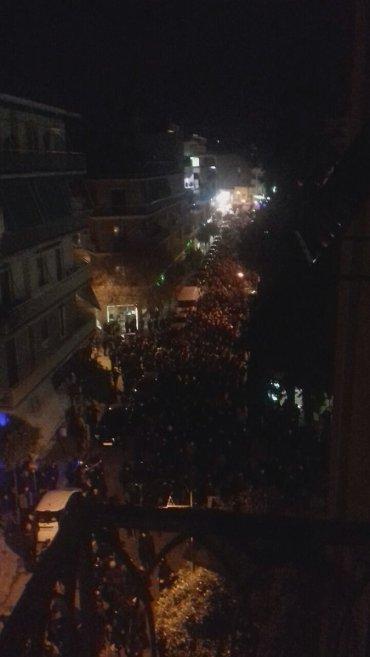 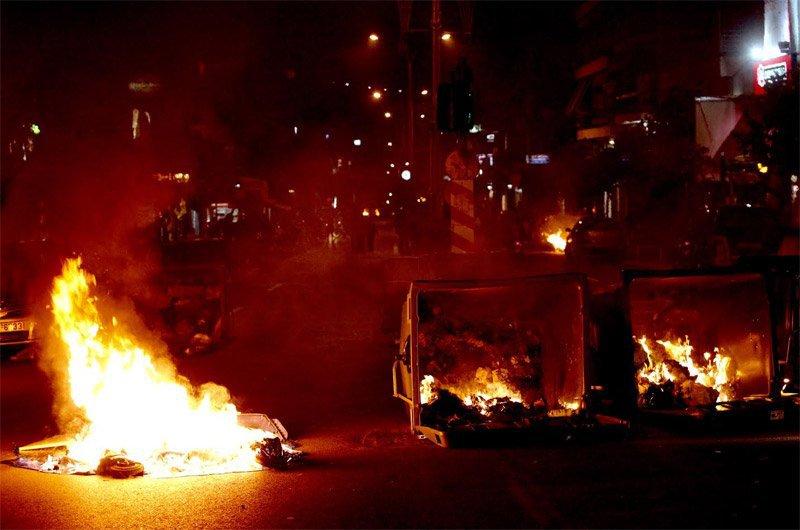 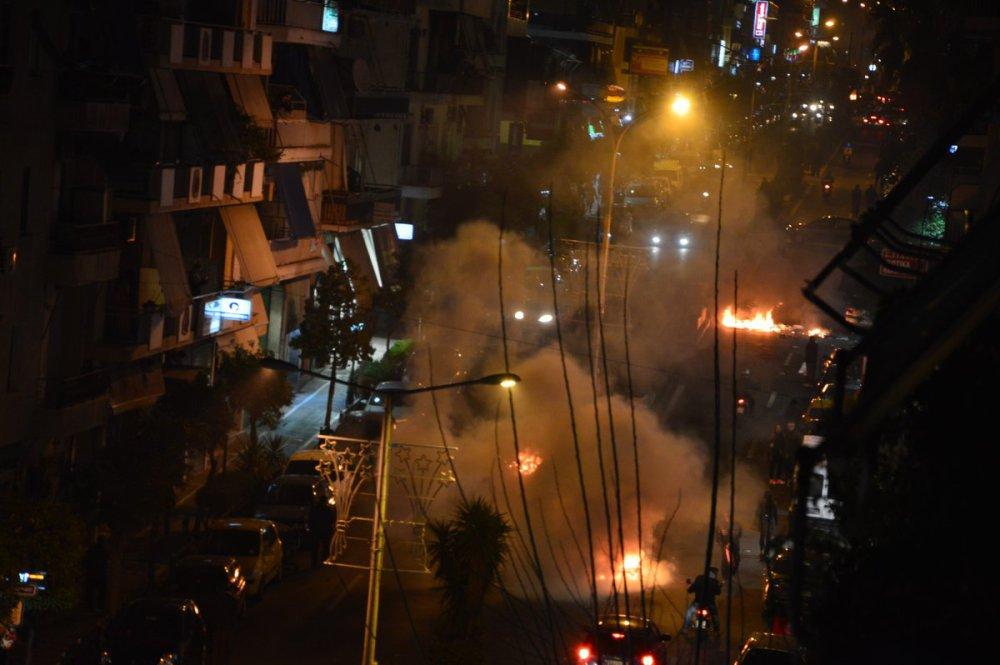 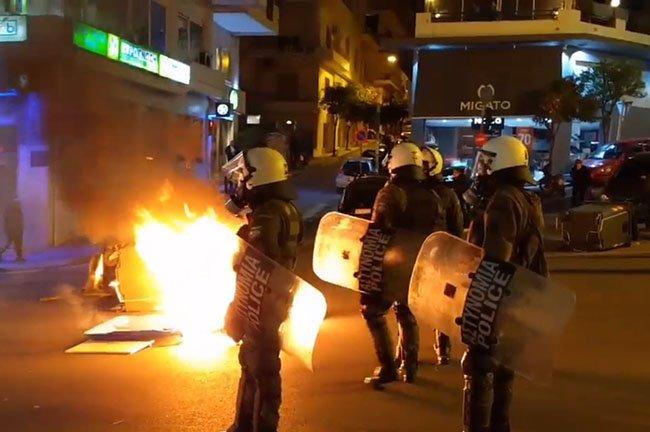