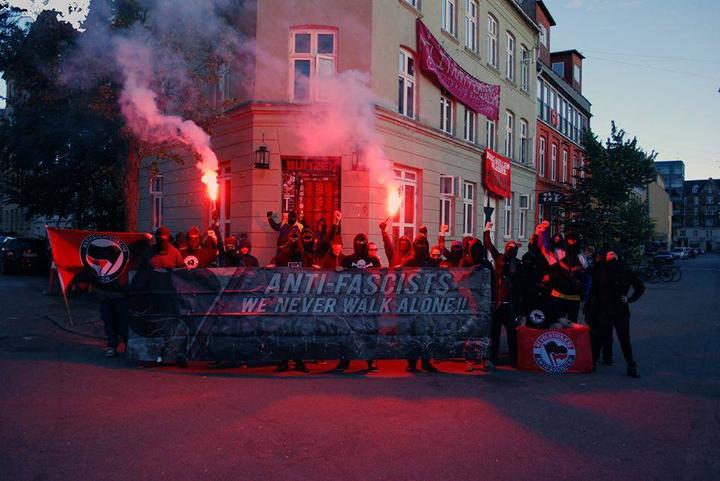 We, the Autonomous Revolutionary Nordic Alliance, send our solidarity to our comrades in the USA who were attacked by murderous fascists in Charlottesville on the 12th of August. We followed the antifascist demonstration, as we do with your whole movement, through your social media and were horrified at the events. In the Nordic countries fascists have murdered dozens over the last two decades which reveals the true character of fascism. Whether they are in the White House in the USA, the streets of Charlottesville or in the Nordic countries fascism is a symptom of a failing capitalist system and patriarchal power in crisis. It is a set of power relations that we have to end and the first step to that is to confront fascist mobilization and organize antifascist self-defence.

For an end to fascism, the struggle continues!
- ARNA