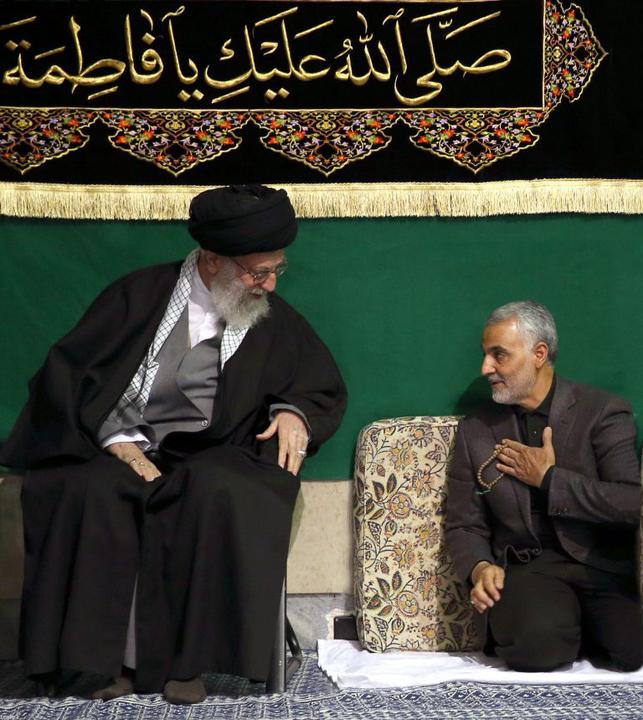 Qasem Soleimani has long tormented the people and we congratulate the survivors of his crimes in the Middle East, particularly Syria, Iraq and Yemen. And while we are glad for the death of this war criminal, we declare our strong opposition to the possibility of a state war (between US state terrorism and Iranian state terrorism)

Hours ago, Qasem Soleimani, one of the top military officials of the Iranian government who was responsible for the Middle East, was killed on the direct order of Donald Trump in Baghdad

Qasem Soleimani was a genocidal man that has killed thousands of men, women, and children in the conflicts in Syria, Iraq and Yemen. He lead sieges for Assad and recruited Afghan refugees in Iran, many of them children, to die in the Syrian civil war. This state assassination was carried out by the United States in the obvious interest of Donald Trump’s election and what was done has not been and will not be in the interests of the people in the Middle East

Despite much commotion and controversy made by the Islamic regime over its security and intelligence capabilities, we see that in fact this regime is not capable of maintaining its most important transnational force and Qasem Soleimani was assassinated as soon as the US decided to remove him

On the one hand, the viciousness of the criminal Islamic regime became more apparent and on the other hand, it further showed the corrupt nature of US state terrorism, which does not care about the lives of their own nor those of the people in the Middle East—otherwise these Iranian state terrorists could have been easily hunted down over the years

We reiterate that the contemporary Middle East is shaped by wars, massacres, displacement, and famine because of religious fanatics and terrorists on the one hand and the interference of international capitalists and backers (Eastern and Western Imperialism) on the other