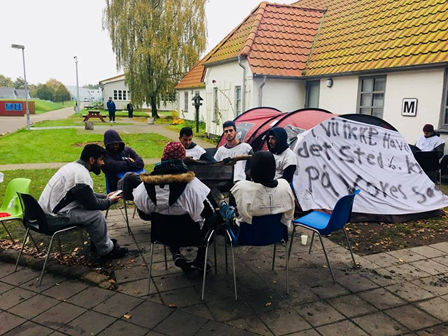 Aalborg, Denmark: Hunger strike at the Deportation Centre Kærshovedgård: “Close the camp! We are also humans!”

<u>Hunger strike at the Deportation Centre Kærshovedgård: “Close the camp! We are also humans!” </u>

“Close the camp! We are humans, just like you!“ is the message from 28 hunger striking refugees, who have protesting since oktober 11th outside the controversial Deportation Centre Kærshovedgård. The strikers are all rejected asylum seekers who can not be deported because of various reasons. They are forced to live in a limbo-state in what used to be an open prison.

“We are slowly dying” a banner says in Danish. The intention of the Danish government is to make the conditions for these people as unbearable as possible, and there is regularly suicide attempts at the place, which Edward Stanley has accounted for in the newspaper Politiken (http://politiken.dk/debat/kroniken/art6105458/Vi-udsættes-for-mental-krigsførelse-og-mister-forstanden).

The strikers are demanding Kærshovedgaard to be closed – and for their cases to be reopened. Demands that are in line with recommendations of a broad range of organisations – amongst them The Danish Helsinki Komitee for Human Rights and Amnesty International. Several experts on European migration politics are also raising criticism of the camp. Amongst others, the sociologist Annika Lindbjerg, explains how there’s no evidence that ‘unbearable conditions’ mean that people leave Denmark. Research from Norway shows that few people leave voluntarily, and that the human and economical expenses of camps like Kærshovedgaard are unproportionable high.

”The hunger strike is the last and only choice for autonomy…”

”The hunger strikers at kærshovedgaard is not criminal, but humans who’ve had their aylum application rejected, and are now living under conditions a lot worse than those of people who have been convicted for crimes.” 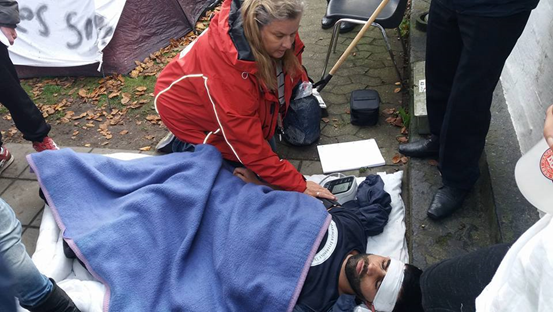 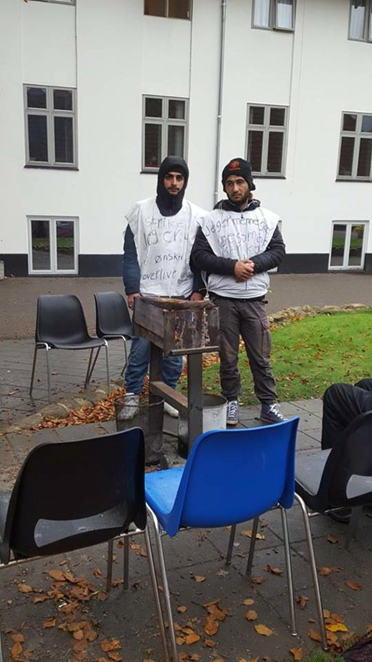