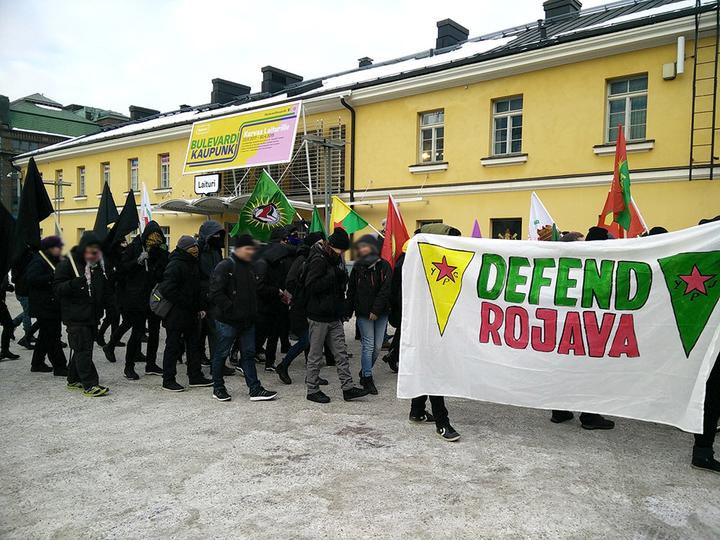 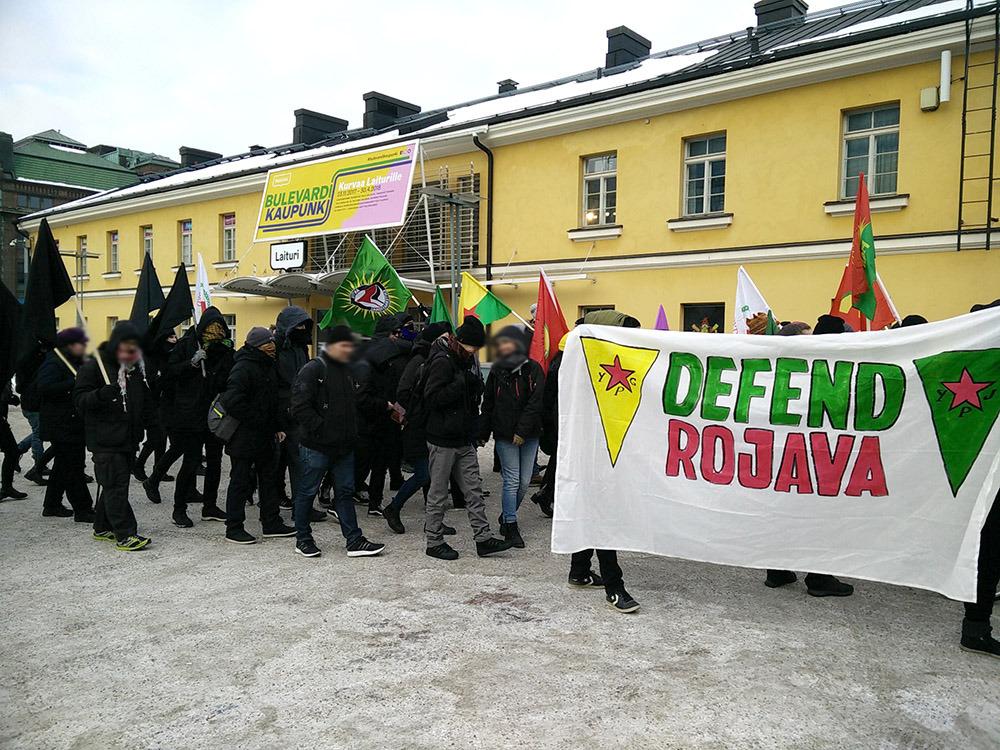 The revolution in Rojava, which has inspired the world due to its strategic blow to ISIS (Daesh), has recently seen the ire of Turkey. Over the last 7 weeks the Turkish government has been bombing the canton of Afrin in northwest Rojava, killing many of its citizens, including children. Refugees from the war in Syria, who went to find refuge in Afrin, are also victims of these attacks.

The Turkish president, Recep Tayyip Erdogan, has said that the reason for Turkish airstrikes and attempted invasion are to prevent PKK “terrorists” from reaching Turkey. However, Erdogan is using the support of Free Syrian Army troops, many of which used to fight for Daesh themselves and continue to harbor jihadist idelogies. Yet, the YPG and YPJ – the self defense units in Rojava – strongly believe in the idelogies of Rojava such as women’s liberation and democratic confederalism.

Afrin has become the new centre of these struggles for freedom and feminist revolution, against the fascism of Erdogan and jihadism of Daesh and Free Syrian Army gangs under Turkey’s control. This revolution has hugely empowered women and has been successful in the fight against patriarchy. Women there now have the courage and support to stand up to all forms of patriarchal violence and oppression, from their own husbands to jihadist and nationalist-fascist gangs. One stirring example is the Êzidxan Women’s Units (YJÊ), made up of Yezidi women who were saved from massacre in Sinjar in 2014 by the YPG/J, and trained by the YPJ to defend themselves.

What concern is it of European feminists to support Afrin and Rojava? Not only has the YPJ and YPG countered Daesh and hopefully soon, Turkey’s onslaught in Afrin, but this has now largely been ignored by the international community. Kurdish flags and symbols and now also the Kurdish association NAV-DEM are criminalized in Germany, and the plight of the citizens of Afrin passes with the silence of other NATO countries. Slowly however, attention to the horrible situation in Afrin and crimes perpetrated by the Turkish government are being noticed. Various leftist parties in Europe including Finland, for example, have called out against Turkey in their support for Afrin.

We call on you to support feminism and to practice solidarity with those fighting for their lives to uphold these same ideals we hold here today. Join today’s Hand’s Off! demonstration in Helsinki for international women’s day, co-organized by the Finnish left youth and Kurdish cultural center; oppose the designation of the PKK as a terrorist organization in the EU; boycott Turkey; call the Turkish government out for its crimes against humanity and the prolongation of the war in Syria for Turkey’s neo-Ottoman imperialist aims; support your local Kurds; and support your local Rojava solidarity group.

Up with feminism! Down with fascism!