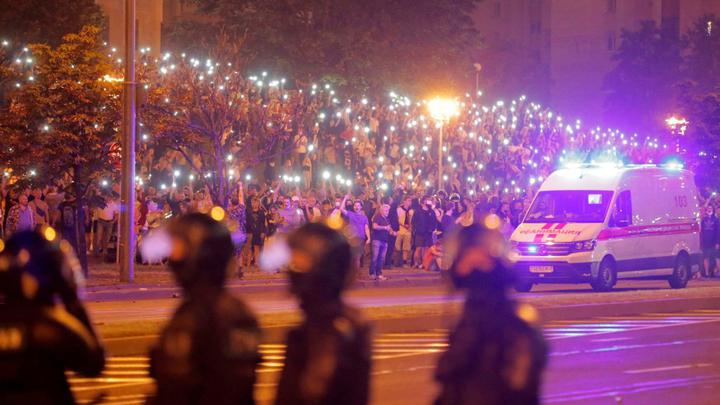 Will #Belarus be free?

Belarus. For the third week, protests are happening on the streets of Belarus against dictator Lukashenko. He is the first and only elected president of Republic of Belarus ruling the country for last 26 years. There are a lot of opinions on the internet about him. Some believe that he is a beacon of hope for the struggle against western imperialism, while others know that he is bloody psycho ready to kill to stay in power. This text will go through some arguments that are going on online all around the world in anarchist and leftist circles. And at the end I will try to answer, will Belarus be free if Lukashenko dies?

I’m not going to repeat what was already very well said. Anarchist collective “Pramen” wrote a good overview on how belarusians came to uprising against the regime. It is a well-written text on the situation in the country. You will have to spend at least 20 minutes of your time reading it, but at least some questions will go away as soon as you are done. Some won’t.

Let’s start with the point of the welfare state. After watching some videos and reading a bit of state propaganda, you might think belarusian state is the last true social state in Europe. People are paying only partly for public transport. Factories are still owned by the state. Unemployment is one of the lowest in the world and everybody is happy. However, all the so-called social programs are there as remnants of the soviet times. Since coming to power, Lukashenko was slowly step by step dismantling social benefits. Most of it done to save economy from collapse.

Healthcare in Belarus is indeed for free. However, there are some extra rules applied. Even in state hospitals people with money get priority treatment, while those without have to wait in the longer queue. In some cases you have to wait up to 6 months to get tests done. Of course social state can’t have plebs treated together with the privileged one. State bureaucrats and politicians have their own hospitals and healthcare as well as police has its own hospital in capital of the country.

There are a lot of points where you can go further to evaluate the social side of belarusian state, but I think the initiative from 2017 will give the best example on how antisocial current regime is. This idea was to introduce back into labor dynamic concept of social parasite. People who are not working but still using social services are parasites on the back of society. So if they want to live in our beautiful utopia and enjoy all its benefits – they have to pay. The rule was very simple – if you don’t work for over 6 months per year, you have to pay at least 150 euro yearly. You might laugh about such a sum sitting in your house or flat somewhere in West. But 150 euro is the salary that many people are getting for their 40-50 hour working week.

This comes together with another social part of belarusian state – if you are unemployed you can apply for financial support from the government. This will hook you up with 10 euro per month. That’s it. The loaf of bread costs 50 cents. To pay just for electricity, water and gas you would have to give away around 30 euro. So nobody applies for this money, because you will have to work at some job for 1 day per month for this 10 euro.

Fun fact – you remember one of the lowest numbers of unemployment in the country? Well, only those registered and receiving direct help are counted as officially unemployed.

So Republic of Belarus is not a socialist state. It never was and it never will be. You can dream about it, but it is enough to speak with just some random belarusian to understand that. It is an oppressive capitalist state that exploits its people in interest of regime and private capital.

There are some people who believe that Belarus is standing its ground in fight against western imperialism. Mission that was started many years ago by the great soviet state and still maintained by Putin and friendly regimes. In general this narrative show that people have no fucking clue about imperialism and its dynamic. Let’s start with the basics. Russia is an imperialist state with its own imperialist ideology and aggressive policy not only to neighboring countries, but to the rest of the world. And Belarus is the zone of interest of Russian imperialism. Lukashenko submits to that and get’s benefits – cheap oil or gas prices…

At least he was getting it for quite some time. But not anymore. So he has to find a replacement for all the money that was pouring from Putin. So Lukashenko found friends in West who were ready to give some development money to the regime in last 5 years. This is actually one of the reasons European Union was not so fast in denouncing El Presidente – there were too many investments and projects going on in the country. Closing the doors also means that belarusian government will turn back to Russia.

So Lukashenko is not fighting the war against western imperialism. He showed that there is no problem in taking Russian rubles or euros – money doesn’t smell. And he did that for years, trying to maneuver between the big powers to keep his own regime.

CIA is controlling everyone

Another part that many western leftists are trying to sell is this notion that CIA is controlling protest in Belarus. They rushed into the country dropping dollars here and there and now trying to establish a new right wing government. Maybe sometimes CIA is not doing that alone, but there is also Mossad or some other crazy secret service trying to move the crowd in the proper direction.

People who are using this arguments have also little understanding of what is going on in the country. For years US and EU were actually dropping their support of opposition groups in fear of Ukrainian scenario. Many opposition politicians that were working with US or EU funds started supporting Lukashenko – he was now the person who stands up to Putin and doesn’t sell belarusian independence. This is better than Donbass scenario. So by the time the protests broke out, there were no clear leaders. Yes, you have this Tikhanovskaya and a couple of other politicians in prison but they cannot influence the current self-organized crowd.

To make it even more absurd some big opposition politicians were actually calling not to take part in the protest on 9 August and afterwards because this can provoke Russia or create some other problems. So the role of so-called leaders was taken by some telegram groups and channels that are publishing news and in between some memes.

Belarusian society realized its self-organizing potential this year through a struggle with COVID-19 that was completely ignored by the government. While Lukashenko was comparing Belarus to Sweden, the people of the country had to crowdfund healthcare by themselves. Dozens of different telegram initiatives showed that we can organize against the virus more effectively than the regime.

With all that, it is hard to imagine how any special forces can influence the protest right now as a lot of organizational efforts are moving more and more away from central points to the smaller groups in telegram. This fragmentation makes it extremely hard to control or manipulate.

So will it be free?

There are some people who look at the uprising in Belarus from the left and expect that it will create a new momentum for the leftist or even anarchist movement. Belarus will rise up and not only be able to get rid of dictatorship but also becoming first free commune in the world.

This will not happen. The long history of oppression of Soviet State and later dictatorship of Lukashenko destroyed most of the anti-capitalist feeling in the country. Most of the belarusian people are standing for free association and fair elections. Very few are critical of capitalism and many want to live like they do in EU. However, this is a self-organized popular uprising against Lukashenko without a clear political agenda. If people are critical of communism (in fact Communist Party still goes to meetings to support Lukashenko), they are not critical of anarchism. Many see demands of decentralization as reasonable in the context of dictatorship.

As anarchist in Belarus, we don’t think this revolution is going to bring anarchist society to the region. But on one side if regime falls it will give people this notion of collective power that can change social process. Because of the current role of the workers in the uprising, it will give a boost to the working class organizing. We can try to push the demands of decentralization and dismantle of power in the country. But at the end of the day the people will decide where to move. We see this revolution as an important part in building true revolutionary society in our country, but there is a long way to go for libertarian revolution.

So answering the question about freedom. Belarus might get rid of Lukashenko and dictatorship. Maybe the voting system will be restored in the country and there will be fair president elections. What happens next – nobody knows. It might be that the new strongman will rise trying to rule the country with an iron hand, or there will be more reform to destroy the institutions of dictatorship.

Economically with Lukashenko or without him Belarus will have troubles for the next year for sure. In fact, rushed elections in August were an attempt to pass the voting before the crisis. Most probably major factories will be privatized and this will create the conflict between working population and the government. But all of this is in the turbulent future.

For sure we know that the day Lukashenko will go we will all have a huge party. We will dance and sing and shout because this regime was destroying us as a society and individuals for 26 years. And we will come out of this struggle as new people ready to fight on for our freedom!