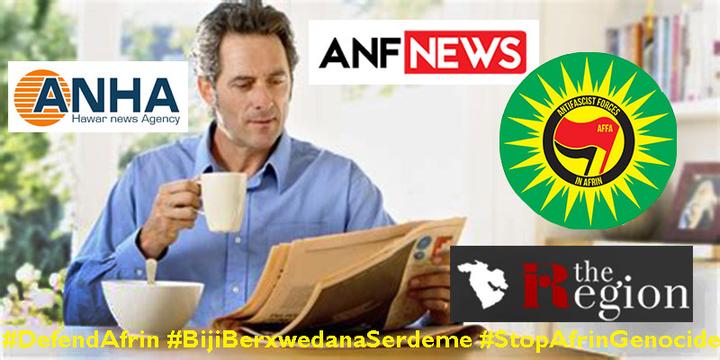 Where to find information on Afrin? A guide by YRP 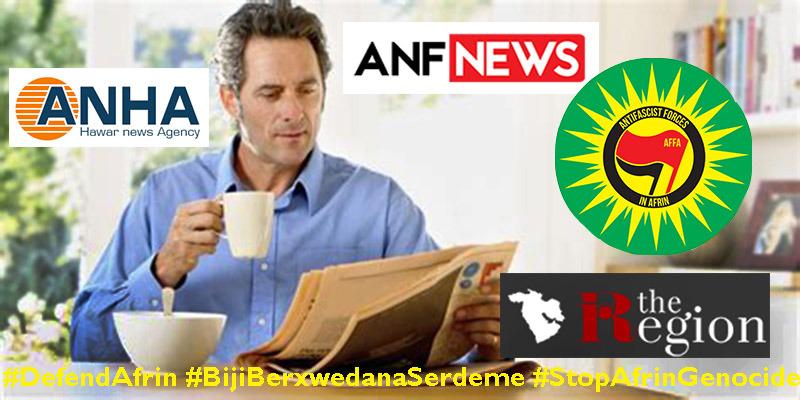 Have you been frustrated with wanting to know what’s happening in Afrin, but have only been able to find news that is overly generalized, or reporting from outside of the canton?

We’ve compiled a list of trusted news sources to help you, supporters of Afrin and Rojava, be informed!

Some news doesn’t explain who the YPG/J are, and the context behind why they are in Rojava; merely limiting their struggle to only fighting Daesh (ISIS), Assad and the Turkish government. It plays into stereotypes of senseless war mongering in the Middle East, forgetting the legitimate struggles against nationalism, patriarchy, and fascism. Some news is also biased towards the Turkish government, or is just ignorant of Kurdish news sources.

Check out our list of news sources that are predominately Kurdish led, pro-Rojava, and/or based in Rojava itself.

Facebook:
Save Kobane
Internationalist Commune of Rojava
Anti-Fascist Forces in Afrin (AFFA) official facebook
The Region
Rojava updates - Really active news updates about the situation in Rojava. Anyone can request to join.

Many Kurdish activists have open Facebook-profiles which you can follow without being a “friend”. We recommend following:
Dilar Dirik
Hawzhin Azeez

Saleh Maslem, ex co-President of the PYD in Syria
Intersectional feminist from Rojava
Anti-Fascist Forces in Afrin (AFFA) official twitter, news by and about internationalist fighters
YPG and YPJ, the main combatants against Turkey and jihadist FSA.

Kurdistan Solidarity Campaign, based in the UK

Apart from these, there are many other useful sites and twitter accounts. Just remember that every channel has biases, and to take in news you see with an open but critical eye.

We also include here places to donate to Afrin:
The Kurdish Red Crescent now has an aid campaign for Afrin

Where to find information on Afrin? A guide by YRP