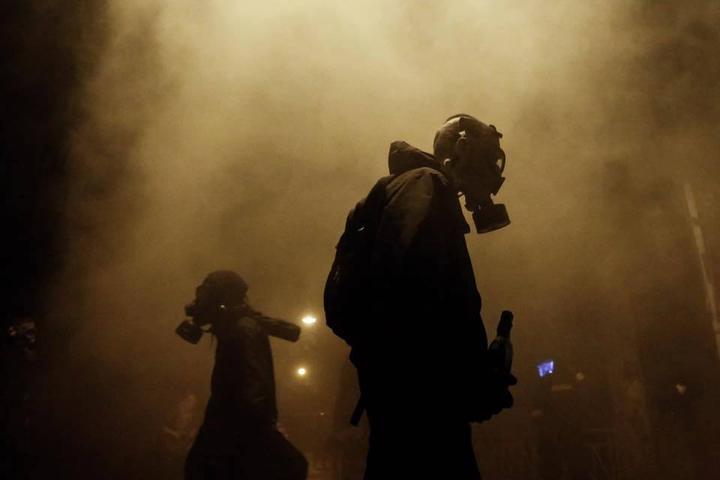 Athens: A fierce riot unfolds 9 years since the murder of Alexis Grigoropoulos by cops (6/12/2017)

Unique footage that takes you inside a fierce riot in Athens.

Footage from the riot that "exploded" in Athens on December 6, 2017, commemorating nine years since 15 years old Alexis Grigoropoulos was murdered in cold blood by a policeman in the Exarchia area of Athens, on December 6, 2008.

Back in 2008 the police murder sparked a string of riots that spread like wildfire all over Greece and inspired countless of solidarity actions and riots all over the globe for more than a month.

Everything started a few minutes after 9 pm, on the night of 6 December 2008, when a tensed argument between two cops and a group of youngsters ended with the policemen leaving the scene, but only for the murderers to park their patrol car a few blocks away and return to confront the kids with their guns. One of the two cops (Korkoneas) aimed towards the kids and fired two shots. One of the bullets struck 15 years old Alexis Grigoropoulos in the heart and he fell dead.

This murder in the heart of Exarchia, an area of Athens frequented by anarchists in Greece, sparked a string of riots that spread like wildfire all over Greece and inspired countless of solidarity actions and riots in more than 70 cities around the world for more than a month.

For most Greeks this is a moment marked deeply in memory, since most remember exactly what they were doing when the news of the police murder shook them like a collective electric shock. During those first days, the tens of thousands of protesters that took part did not realize that they were taking part in something that would profoundly define the years to come.