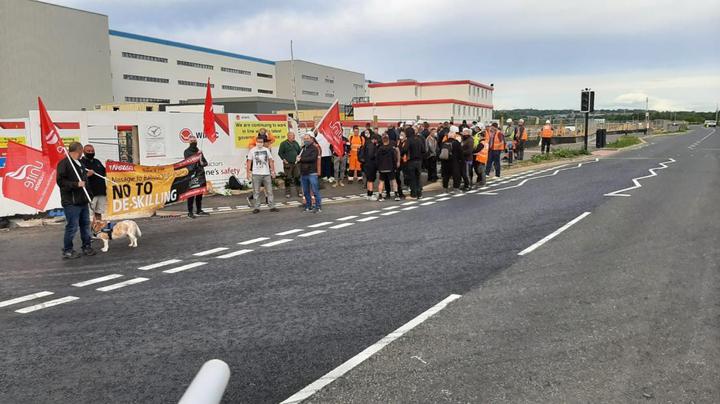 National construction wildcat on the way as strike wave spreads

Construction and engineering employers have begun warning their workforce against taking part in a wildcat strike over pay on Wednesday 10th August, as strike action has spread from unionised workplaces into new areas such as Amazon warehouses.

Recent weeks have seen industrial action across the UK, as official strikes called by unions such as the RMT, Unite and CWU have been joined by unofficial wildcat actions. The wave of wildcat actions started with a strike at Cranswick Continental Foods in Pilsworth, and has now spread to Amazon warehouses, with workers at sites in Tilbury, Rugeley, Coventry, Bristol, Dartford and Coalville walking off the job or staging unofficial slowdowns over pay, and reports of the action spreading to Belvedere, Hemel Hempstead and Chesterfield.
Wednesday 10th August could see an even more dramatic escalation, as rumours are spreading of a national wildcat strike among engineering and construction workers planned for that day. Nothing seems to have appeared in the national media yet, but the Teesside Gazette has warned of the disruption that could be caused by roads being blocked near site entrances, and STV has mentioned that the Grangemouth oil refinery in Falkirk is likely to see hundreds of maintenance workers walking off the job. 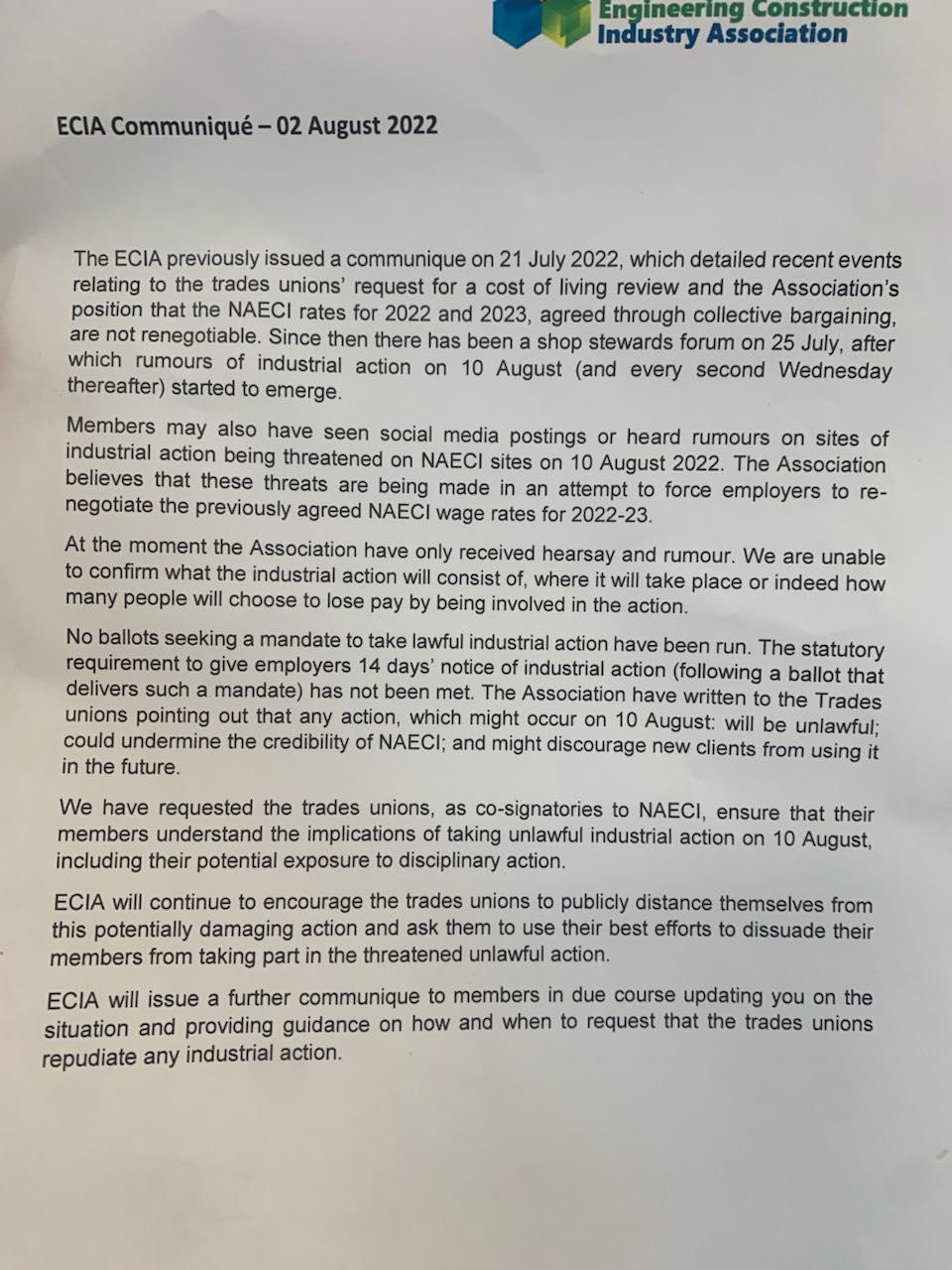 In a bid to scare workers out of taking part in the action, the Engineering Construction Industry Association has issued a communique to workers across the industry, stressing that the action planned for August 10th is unofficial and not endorsed by any trade unions. It remains to be seen how widespread the action will be, but it seems like the “hot strike summer” could be set to reach dramatic new heights.