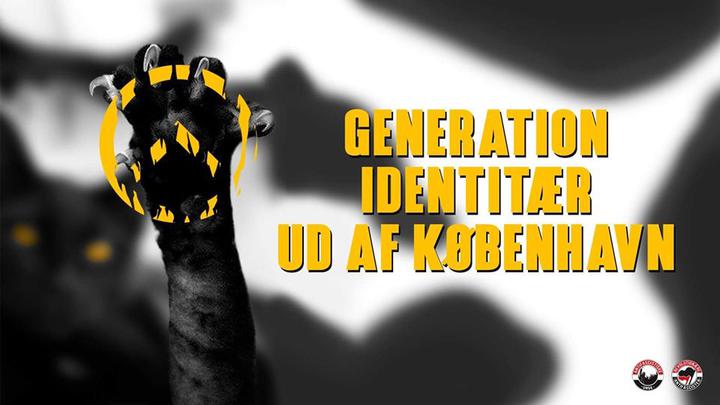 Generation Identity out of Copenhagen!

NO PLATFORM FOR FASCISM:
For the last 3 years, the neofascist mini-group 'Generation Identitær' (Generation Identity) has tried to establish themselves as a youth movement in Copenhagen. They have tried to spread their hateful messages of mass deportations and ethnic cleansing through happenings, trendy clothes and fancy videos. They hide behind expressions such as 'ethnonationalism' and 're-immigration' that mask the same old biological racism and fascism.
But we won't be fooled!
On the 27th of February Generation Identity have been invited to a panel discussion in the common hall at Christiansborg. They want to use the opportunity to promote themselves, attract new members and normalize their fascist group.
It won't be without resistance!

The Plan:
We will meet in front of the Ministry of Treasury for an antifascist demonstration. There will be music and speeches.

We will stand firm and speak out against the event, Generation Identity must not be allowed to attract new or young people to their dying project!

We will make noise and disturb the areas around the entrances to the panel discussion. Bring whistles, loudspeakers, and other things that can make noise.

---> Stay updated and at the ready for when we together will protest and show our resistance against the fascists.

HOW CAN I PARTICIPATE/HELP?
We need your help to spread the word - speak to your friends, co-workers, schoolmates and anyone else you think should be part of this! Invite them on social media and talk together about how you want to join in.

There are lots of ways to participate - You can stand your ground in front of the entrances, you can hang banners, you can hand out coffee and flyers to passersby, and much much more.

Our number, determination, creativity and willingness to move quickly, are the key to success.