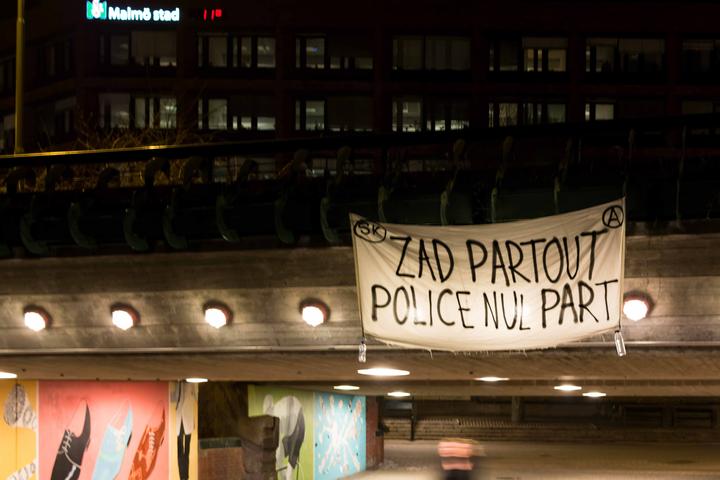 ​​​From Malmö to Nantes and beyond, let's ZAD the Earth!

From Malmö to Nantes and beyond, let's ZAD the Earth!

For almost 50 years protests against a major capitalist infrastructure project (i.e. airport construction) has been raging in the heart of France. In 2009 the protesters decided to occupy the land and created a so called "ZAD" (Zone to defend). The occupied area consists of a variety of biotops such as wetlands, fields and forests contributing to a high biodiversity with protected species of both newts and bats. For years local farmers, anarchists, activists and others (with diverse ideological backgrounds) have achieved to defend the area from exploitation by using a diversity of methods and tactics such as mass and militant direct actions. This diversity has been the core of the successful struggle for the ZAD.

The repression from the police has been immediate and violent clashes with the protesters broke out. In early 2018 the French government announced that it would no longer pursue the construction of the new airport, and the victory for the ZAD reached the world. However, this time the riot police attacks the area in order to evacuate the squats and the farms, and restore "normality". SödrⒶ Klubben stands in solidarity with the people in la ZAD of Notre Dame Des Landes who during the last weeks are fighting against the french neoliberal demand to return to the existing order. The victory of not constructing the airport is not the end of their struggle but just the beginning. Now is the time to maintain and expand self-organised autonomous zones!