Finland: Solidarity events for Russian anti-fascists in February and March 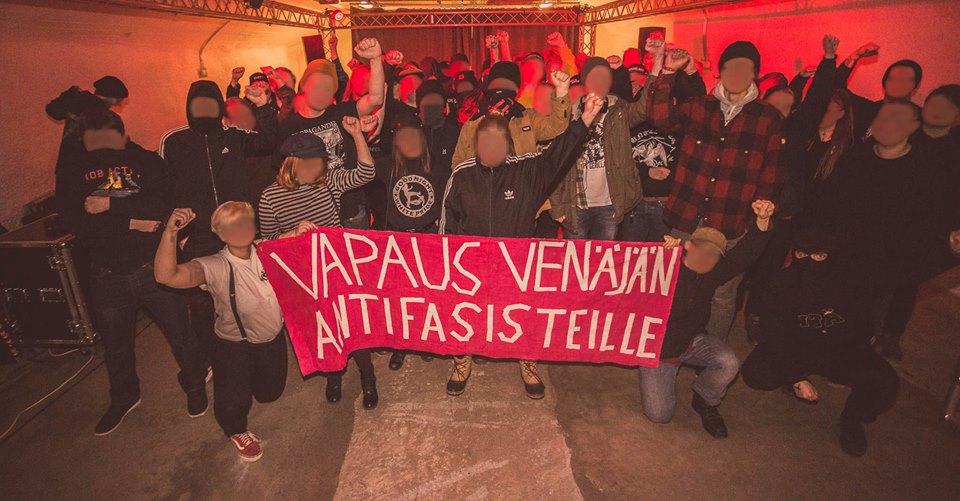 Support concert in Helsinki 4.3.2018. Banner in Finnish says “Freedom for Anti-fascists in Russia”.

This is a summary of resent support events in Finland for the repressed comrades in Russia.

On the 4th of February, Anarchist Black Cross Helsinki organized “Amazing Vegan Sunday Soli Lunch” at Lymy. The event was a success. In Tampere a support gig was held on March the 2nd. There were four bands playing and vegan food for sale. Varis Tampere that organized the event and TAL (Tampere Anarchist Union) were also selling t-shirts and books about anti-fascism. Also in Helsinki Varis organized a support gig on the 4th of March with two hardcore bands, raffle, tofu burgers and info about the situation in Russia. The income of these events have been delivered to Russia to be used for lawyers’ salaries and other support for the repressed anti-fascists and anarchists in St.Petersburg, Penza, Tšeljabinsk and other locations in Russia. 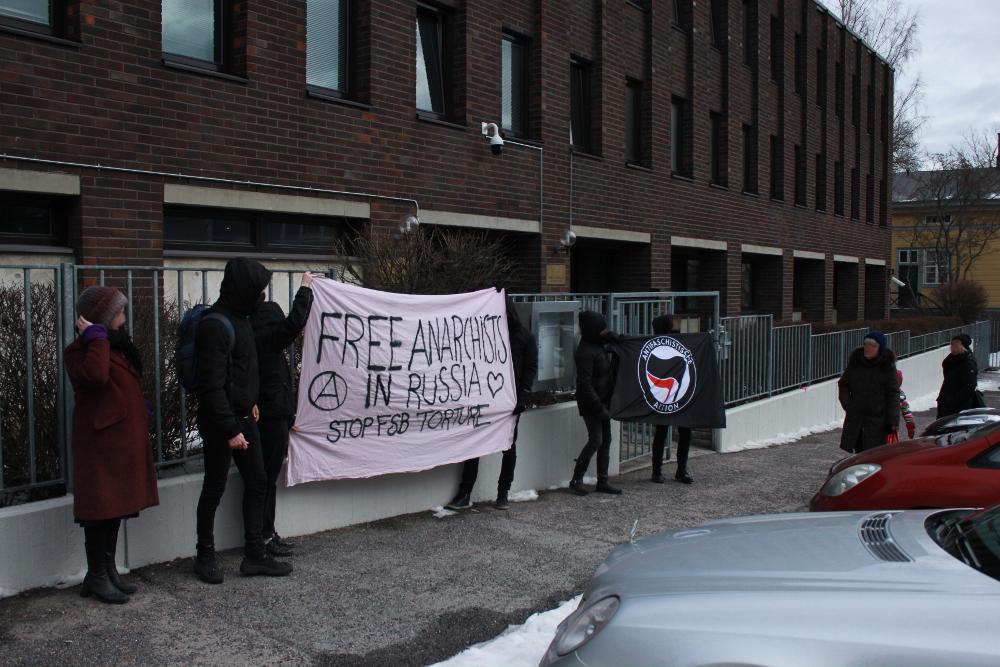 On the Russian presidential election day there were demonstrations in Turku and Helsinki against the torture committed by FSB and more generally against Putin’s regime. In Turku a group of anarchists and antifascists gathered in front of Russian consulate holding a banner with the text “Free anarchists in Russia! Stop FSB torture!”. The banner was later dropped above a highway. In Helsinki about 50 people stood outside of Russian Embassy shouting slogans and holding banners against FSB and Putin and for liberation of the imprisoned anti-fascists. The people on their way to vote in the election could not avoid paying attention 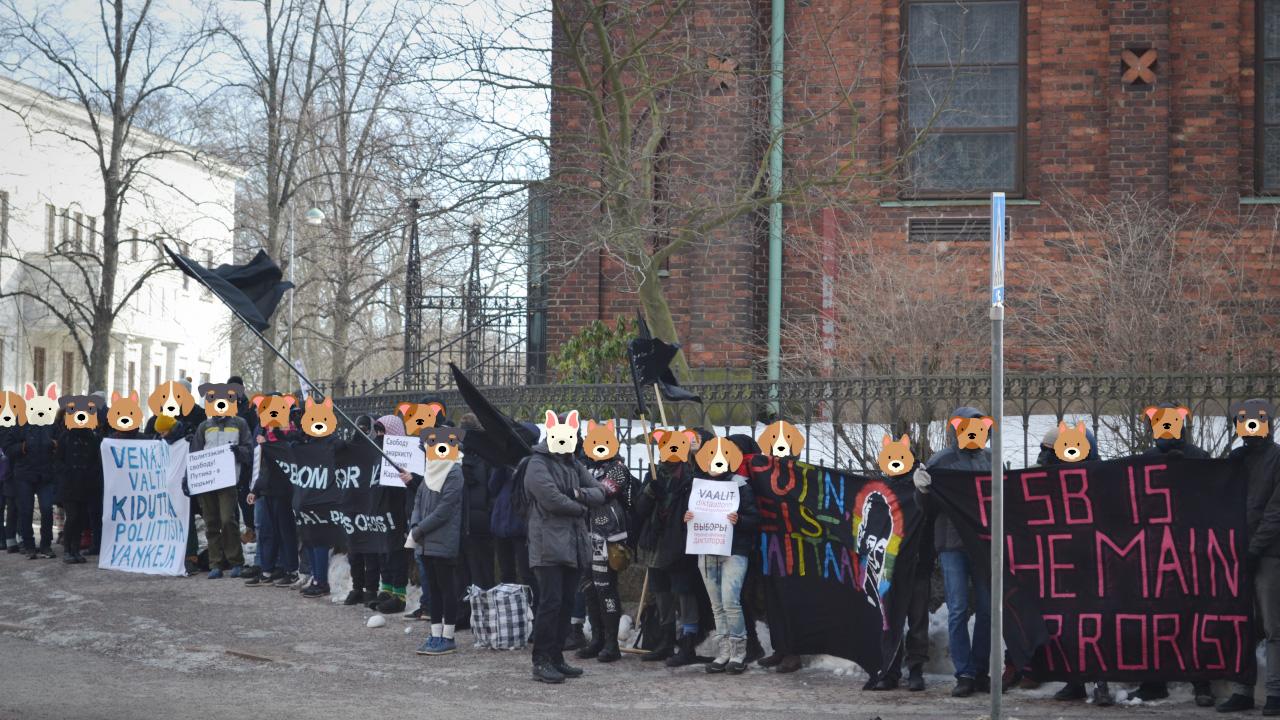 Demonstration at Russian Embassy in Helsinki 18.3.2018. 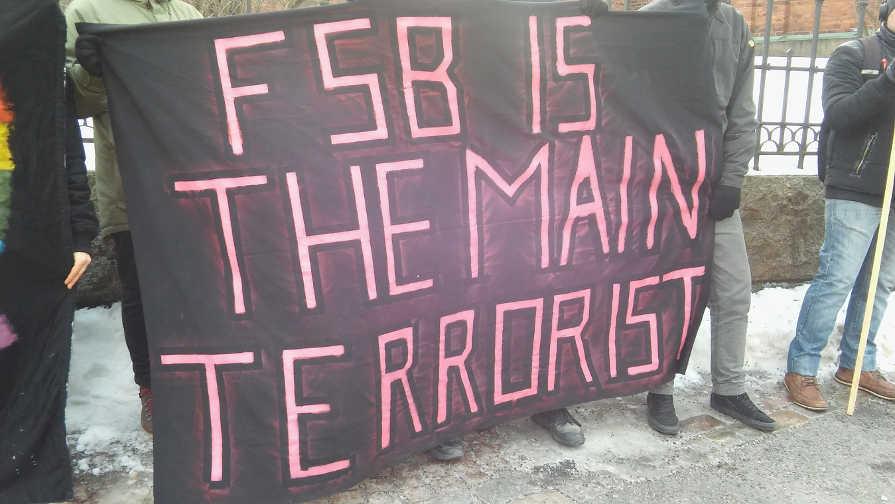 All in all, awareness of the situation in Russia has risen during the

past months and people are motivated to act together against the

repression and for our common goals. We will keep on supporting the