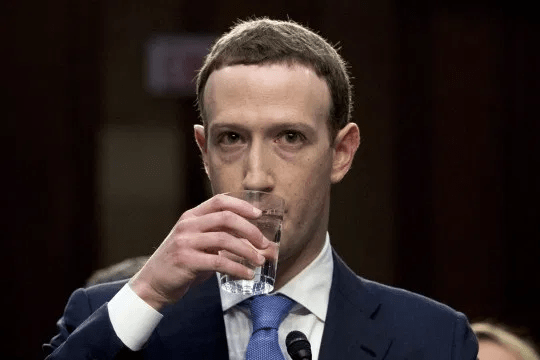 This crackdown against anarchists comes in the context of the largest uprising against police violence in the United States in a generation. United States President Donald Trump has blamed the African-American mass movement against police violence on “anarchists”, and has made repeated calls for anti-fascist activism to be designated a “terrorist organisation”. The US President, conservative politicians and right-wing media have been howling about the level of opposition to their politics expressed on popular social media platforms.

Facebook justifies their crackdown by comparing anarchists and anti-fascists to “US-based militia organizations and QAnon”, and states that anarchists on Facebook “while not directly organizing violence, have celebrated violent acts”.

Meanwhile Facebook has left posts by the US President that encouraged violence against Black Lives Matter protestors untouched, despite explicit policies against hate speech and calls for violence.

Pages, groups and personal Facebook accounts associated with US based news platform It’s Going Down, and anarchist publisher Crimethinc have already been deleted (along with musician MC Sole, Truthout writer Chris Steel, and a European news source, Enough is Enough, to name just a few). Facebook’s policy announcement states that they will delete anarchist pages “when they discuss potential violence”, and otherwise limit search results, censor recommendations, restrict newsfeed reach and censor hashtags associated with “these organizations and movements” on Facebook and Instagram.

Over the past decade anarchists, like all political movements, have become heavily reliant on Facebook to reach people and talk about our ideas. Small websites like Red and Black Notes rarely get any traffic that does not directly originate from a social media post. Widespread censorship on social media will limit our ability to communicate our ideas with an audience beyond our existing circles. And that is exactly what Facebook intends.

In the short term, Red and Black Notes, like any number of anarchist groups and publications, will be encouraging readers to follow and engage with us on other platforms. But this hardly solves the problem. Facebook is among a handful of big tech companies that have established a veritable stranglehold over what used to be the free internet. Where Facebook leads with this crackdown, other large social media platforms are likely to follow.

Repression has always confronted anarchists, to a greater or lesser degree. The task before us has always been to find a way to keep organising, keep winning new people to our ideas, and keep up the fight against capital and the state. As we face increasingly widespread censorship online, the challenge will be to return to more traditional organizing methods that are not dependent on the good graces of US tech giants.