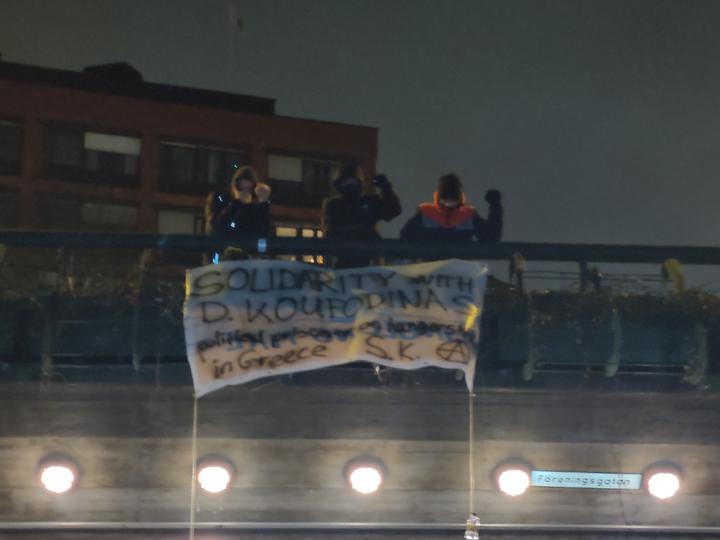 Last night we installed a banner opposite of Malmö's townhall as the minimum act of solidarity with hunger striker Dimitris Koufontinas.

Koufontinas, who has spent 18 years in prison for his participation in the revolutionary group 17 November, demands to be transferred to the Athenian prison of Korydallos, as defined by the latest reform of the penal code that the greek government enacted. Koufotinas was moved to the "hard" prison of Domokos instead.

Koufontinas, a comrade who never regretted or cancel his revolutionary past, is being punished by the greek state for remaining faithful to his beliefs. Koufontina's integrity and political continuity has become a threat to the regime, which is terrified by the prospect of an insurrectionary moment. In Koufontinas face they aim to crash the most radical and combative parts of society. We will not let it happen.

International solidarity is our weapon.

Immediate transfer of Koufontinas to the Korydallos prison.

Fire to all prisons!