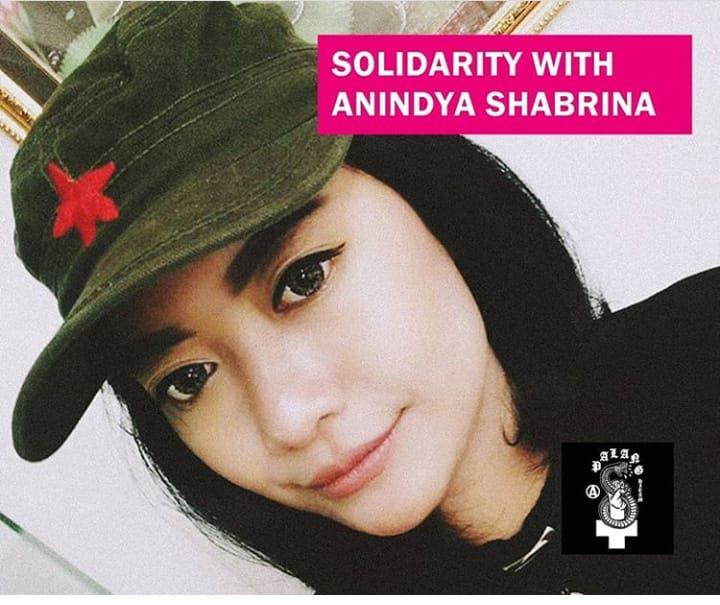 Call for International Solidarity to the radical feminist Anindya Joediono!

Indonesian feminist Anindya Joediono has recently been persecuted by government officials. Anindya is no stranger to students’ organizations and feminist collectives, having been involved in numerous leftist movements since 2016. 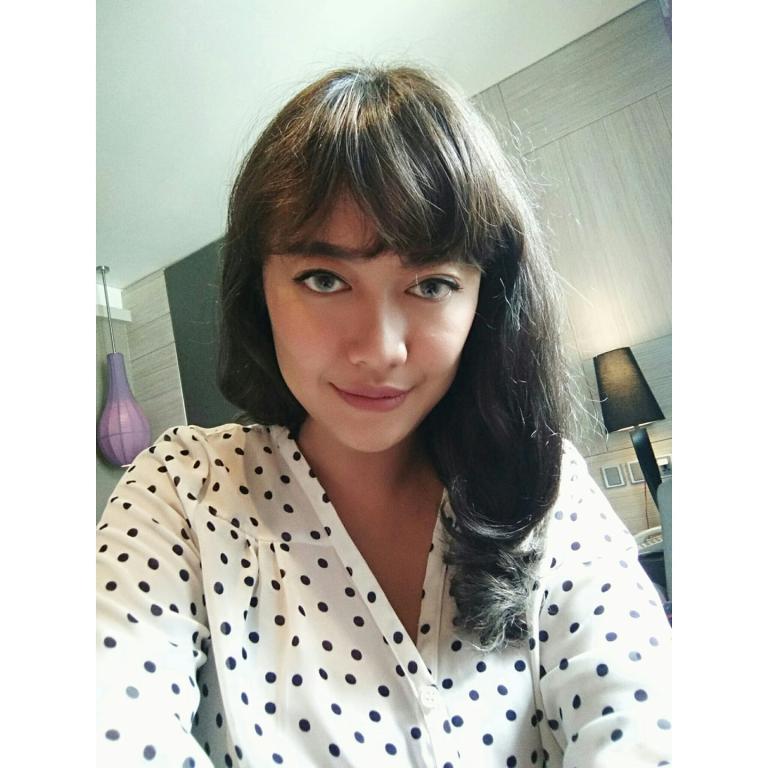 In December 2017, Anindya and her company of friends began advocating against urban poor eviction by the officials, and their fight still continues today. She never backs down in writing open criticism addressed to the government to challenge neoliberal policies, including one which regulates the infrastructure development.

On July 6 2018, Anindya was attending a discussion and movie screening invite in a Papua students’ boarding house. The event discussed about the human rights violation by the Indonesian government toward the Papuans. As a context, there’s still a high level of racism against Papuans or Melanesian groups in Indonesia; therefore, Papua-affiliated events are always seen as separatism.

During the discussion, hundreds of the government’s apparatus along with military officers barged in without any warrant and terminated the discussion. While confronting an official and asking for the warrant, Anindya was sexually harassed by one of the police members. Another woman in the location, Isabella, was dragged by them. After being dragged and harassed they were bullied by the police officers.

After the event, Anindya chronicled the case in her social media accounts for several days. Her house was watched by the officers. Her participation as a speaker in a seminar was disrupted when police officers came and interrogated the organizers regarding the nature of the event. Due to her writings in social media accounts, she was reported by the municipal police units (Satpol PP in Bahasa) for defamation. She might face four years in prison.

The chronology of the discussion in the Papuan students’ boarding house is online at the Asian Human Rights Commission page on this case.

Your support and solidarity in this matter is highly appreciated. Please disseminate this information to other radical feminist groups. Thank you.

Anindya had come and been investigated by the police about a month ago. However, yesterday on November 8, 2018 she received a new summons from the police with a new police report number as well. Anindya was called to be questioned for alleged cases of racism and defamation, not as a witness or suspect. There are indications that the government reports Anindya twice so that it must be charged with a layered article.

For information only, the defamation offense in the Electronic Information and Transaction Law in Indonesia is often used by the authorities / government to criminalize activists. In some cases (including the Anindya case) victims of abuse / rape can be reported on charges of defamation if they speak up to the public, especially if the perpetrators are people who have positions or sit in government.

Anindya has reported and met a special rapporteur from the United Nations some time ago but has not received further assistance regarding her case. We hope that the injustices experienced by Anindya can be of widespread concern.

Those needing contact details in order to concretely assist the campaign can use anindyabrina@gmail.com