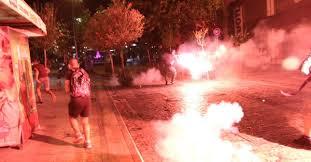 Anarchists smash one of the most expensive shopping streets in Europe (Athens, Greece) [Video]

Athens, Greece: Anger and Rage followed the court’s rejection of Irianna's appeal for her 13 years jail sentence to be suspended on 18 July 2017, an order for imprisonment solely based on an almost non-existent partial DNA sample, that according to the judges proved that she belonged to a radical anarchist group.

A protest callled during the night of the same day at Monastiraki where hunreds of people took part, quickly turned into a riot, leading too the destruction of one of the most expensive shopping streets in Europe, namely Ermou St.

The real reason that Irianna, a 29 years old academic, has been convicted in the first place was that before she was even accused by the police, she stood by her partner, when he was accused of being a member of that urban guerrilla group. Despite the fact that her partner was later found innocent of all charges, the Athens Court of Appeal retaliated against her for her loyalty to him, and in essence criminalized her social relations. 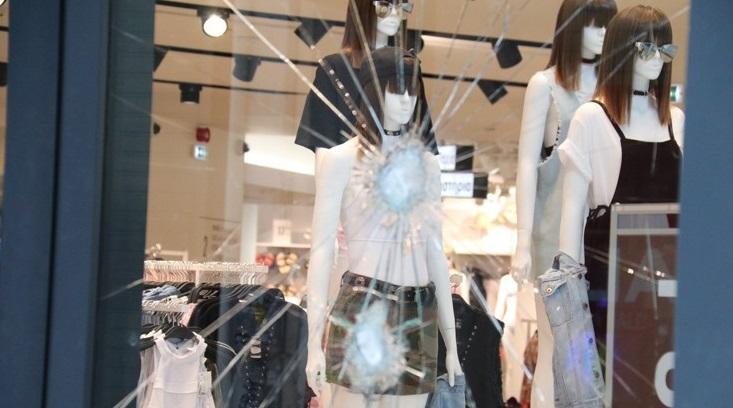 According to this absurd legal judgment, anyone can be blamed and condemned for anything. You just have to be friends with someone, who is a friend of someone else and so forth...

"They're not crazy. Madness is an alibi. They take an arbitrary decision while hiding behind their anonymity and position". 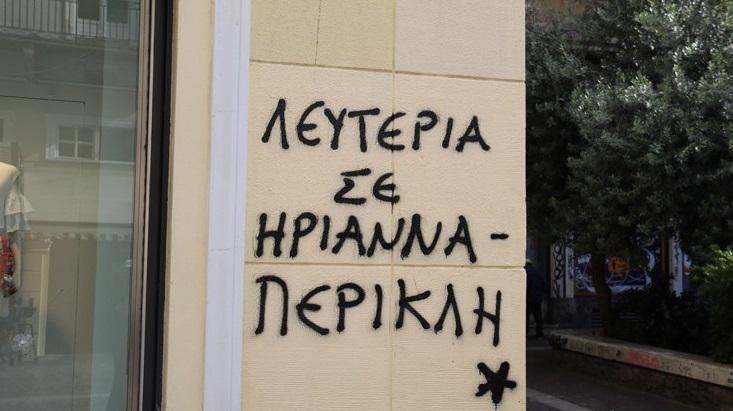 Freedom to Irianna and Periklis

The five-member Court of Appeal dismissed Irianas' application for suspension of her sentence on the basis of a grotesque statement, that if she was released she would be likely to commit offenses! Offenses based on the "discovery" of a DNA sample, so small that it could belong to many others, that even the official state experts admit to. While at the same time the same judges release from prison until their trial, murderers, neo Nazi killers and drug dealers, thus proving that above all what the greek justice system ultimately seems to consider a crime, is having fellow or friendly relations with anarchists. 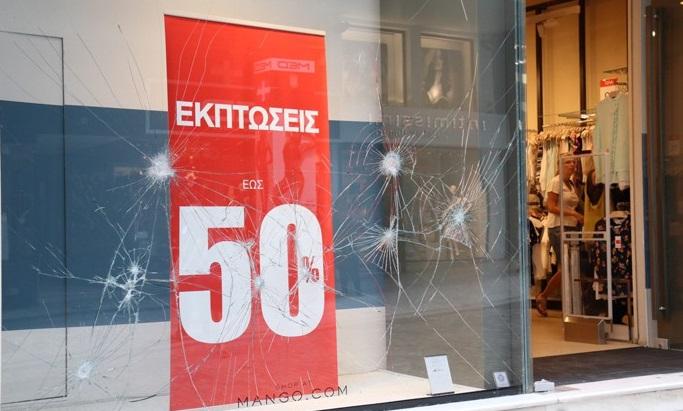 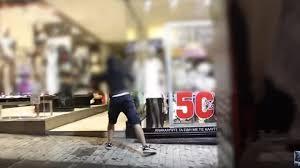 On Monday 17 July and just 4 hours after the decision of the Court of Appeal to continue the detention of Irianna and Periklis, an immediate solidarity gathering-demonstration was called in Monastiraki square (crowded metro station in the centre of Athens).

There were at least 800 comrades from the spectrum of the Anarchist/Anti-authoritarian movement and the out-of-parliament left in just 3 hours for mouth-to-mouth propagation.

Along with the way of the demo to Syntagma square (the central square of Athens, in front of the parliament), there was the choice by part of the demo for simultaneous attack to the shops of Ermou street. The choice was massively framed not only by the number of people involved in the action itself, but also by the participants' eagerness-unity that these disasters were a justifiable and defensible act.

It is not difficult to imagine that the media would hurry to deconstruct these acts as "blind", "brutal" moves and finally without any dialectics with the "ultimate purpose", ie the release of Irianna and Periklis.

The media, especially in front of the social stream built for the liberation of I/P, will move once again the finger and indicate the "right protester", "the right movement participant". The one who has to accept the court's judgments wisely, calmly. Whoever can make resolutions, gathers signatures, but up to there.

The destruction in Ermou street was a statement.

THERE IS NO PEACE WITHOUT JUSTICE

The movement has the potential to propagate, build social alliances, assert its right also through its various social identities and specializations (biologists, athletes, musicians, youth, etc.).

But, it also has the ability to bite.

With absolute attention to the delicate boundaries between combativeness and self-referencing fighting, the conflict with the state and its powers also has material directions. The struggle against mechanisms with real material authority, that with a signature they can lock you in prison, can not and should not remain at a level of controversy in arguments, essentially a deaf dialogue. Now, it must be understood in every direction that every hour, every day that Irianna and Periklis are in jail, will be a day of incommensurate(/asymmetric) cost.

Honestly, is there any illusion that with 2 people in prison for their social relations, the tourist industry in Athens will continue to work normally?

PS. We are not only fighting for Irianna as a person but for "Irianna" as a derivative of persecution mechanisms

The question of persecution of social relations must be a matter of existential significance for the movement. We have to enter the struggle dynamically not just for Irianna but to stop the mechanism that produces and will continue to produce "Iriannas". So our political targeting must escape from the mere defence of the individual case and put at the same time central issues. Let's talk about the "terror law", the policies and the politicians who support it.

Participants at the events on Ermou str.

Hold Strong. The work d is watching, and we don't agree with what is happening! Freedom to Irianna and Periklis! Strength and support from A Dutch symphatiser in Bulgaria!