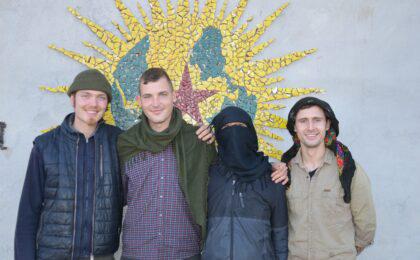 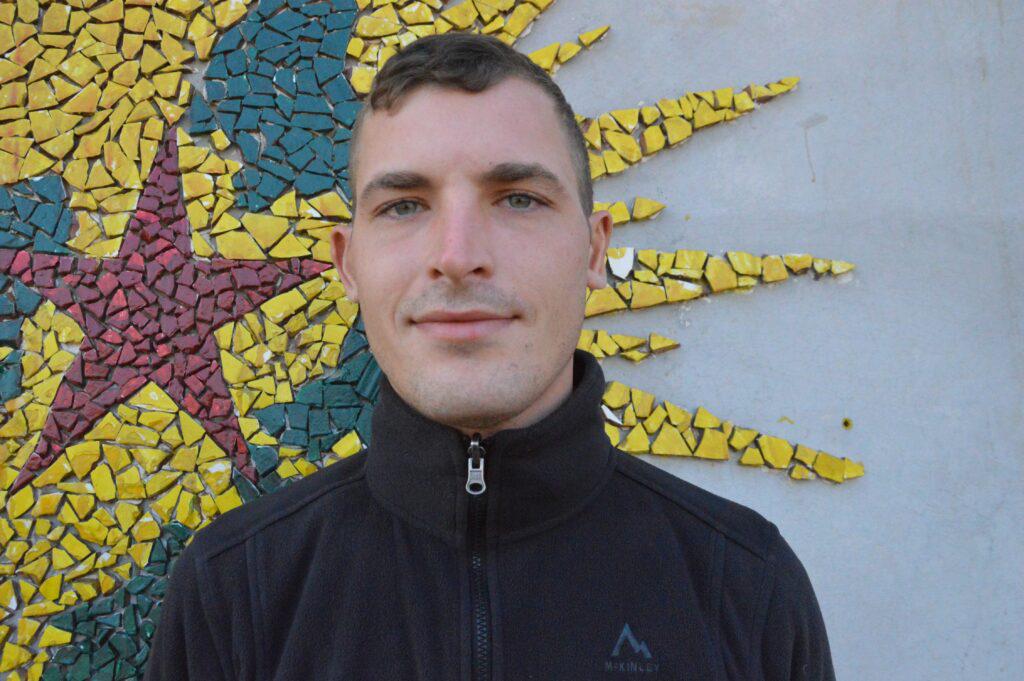 I am an internationalist from Europe. I came to Rojava because the ideology of the Kurdish freedom movement and democratic confederalism are great sources of hope and understanding.

I come from the radical left in Germany. There I saw that the mentality of the system does not stop at the left. Individualism, liberalism, patriarchal behavior, reformism or a great hopelessness are predominant phenomena.

I came here to develop an attitude in the revolution that can stand up to this in the long term and take a different path. Life and societies in Europe are fragmented, very isolated by capitalism and far from a collective understanding. This makes it very difficult for us to live a life according to communal and socialist principles.

In our time, one of the most important revolutions of our time is in Rojava and Kurdistan. For revolutionaries and all those who are looking for a way out of capitalist domination, it is an important reference point and spark of hope. Supporting and defending this spark of hope, through public relations and media work, educating and reporting from the ground is also an important reason why I came here.

Also the common exchange about the situation in our home countries is a valuable experience. Here a process of awareness takes place and offers the possibility that we can organize ourselves according to the revolutionary necessities in order to find our place in different works.

It is the ideal place to learn about the revolutionary process here and to make a start in the works here locally.

Living and learning in the collective, helping each other to develop, reflecting on the mentalities of the system and patriarchy and changing is a very good experience. The understanding of criticism, namely as something that moves us forward and helps us change, instead of putting ourselves above others with it, is an important part of this mutual help. After some time of living together and criticizing each other, a deep understanding and connection with each other emerges. These connections are what revolutionary organizing needs and it is possible here in the internationalist commune to build the capacity to learn and develop together. 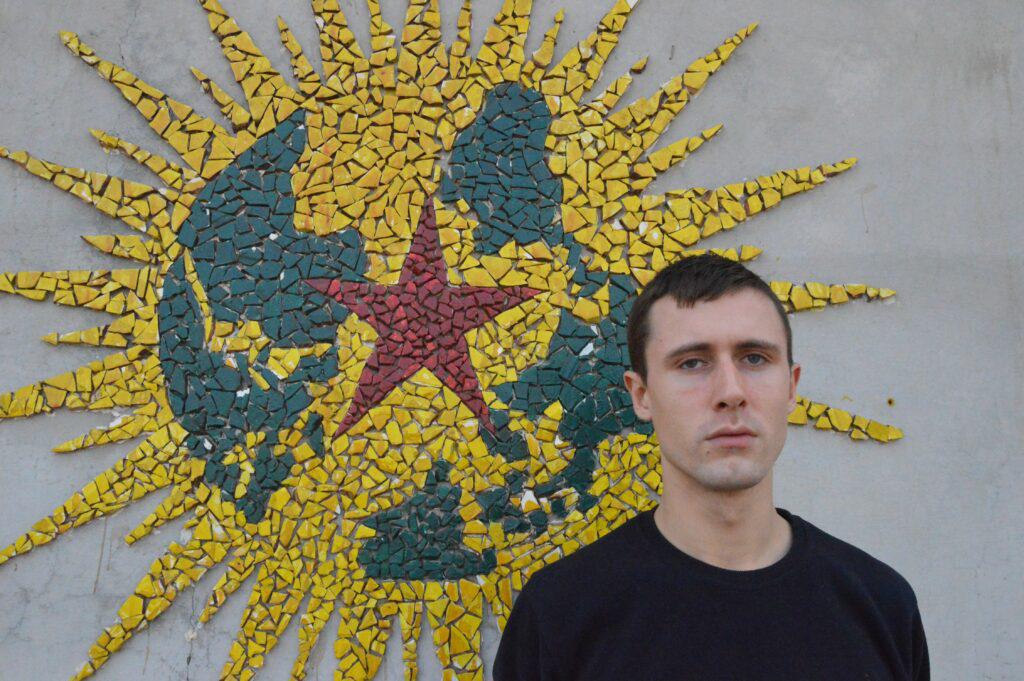 I ﬁrst arrived in Rojava in early 2020. I came here with the intentions of taking part in the Revolution and learning from the Kurdish Liberation Movement, from their decades of experience in revolutionary practice. I arrived in Rojava with little expectations but something that surprised me was the real sense of community that is still very alive here but is nearly dead in Europe. In Rojava, and elsewhere in the Middle East, society is still breathing and our Revolution is not only preserving this but bringing it to a new level of development. In the ﬁrst village I lived in, the civilian neighbors would often bring us yoghurt and food that they made themselves. At the time this sort of behavior was very strange to me but I soon realized that this is how society should be; and of course this giving without the expectation of return is reciprocated. It is important for us as Revolutionaries raised in the core of neoliberalism to learn from the way of life that still survives in Rojava. Throughout the time I have stayed in Rojava, I have experienced this way of living in every village that I stayed in. Many of these families have given so much to see the success of the Revolution; their martyrs and activity in the movement bridges the gap between us, and every member of the family feels like a comrade. Aside from experiencing society here, education from the movement has been the most impactful on my personal development. Challenging the deep influence of patriarchy has been a very difficult process, especially considering my background, and without this education I can safely say that not only would I not work on overcoming it but I would not have realized the extent of the influence. These types of struggles are necessary to develop a genuinely revolutionary, militant mindset and something that I could not ﬁnd outside of the Kurdish Liberation Movement. 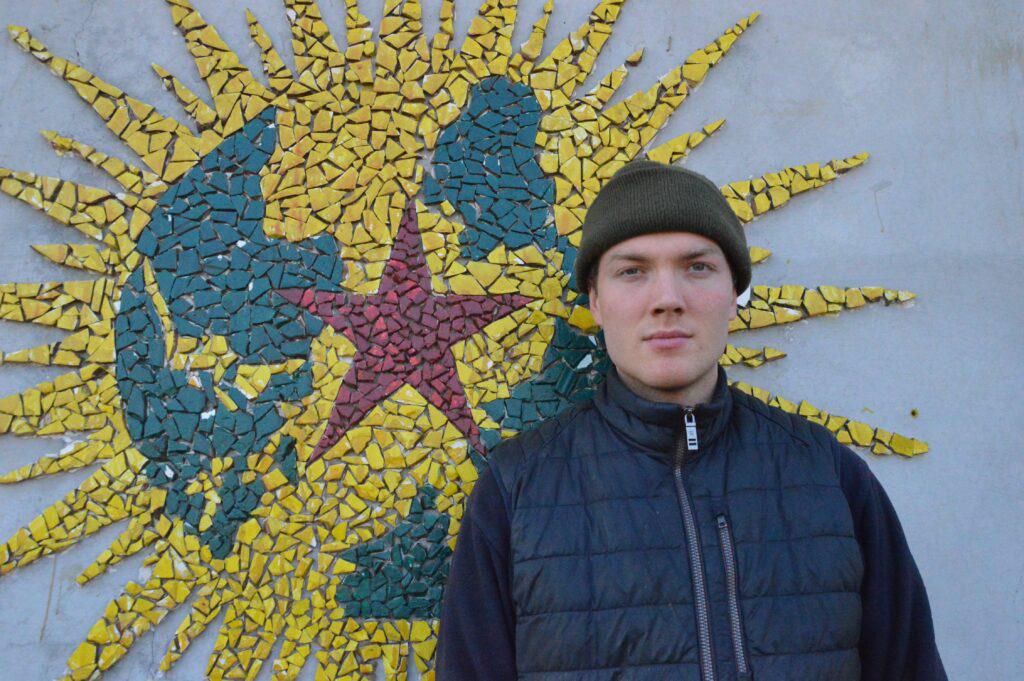 I came to Rojava with a mix of the serious concern to change the world and a bit of adventure-seeking. I knew a little bit about the revolution before coming here, but not anything about Kurdish culture. So the internationalist Commune with its function of being a interface between the local culture, ideology and revolution and the place I come from, is really really helpful for me. I am very thankful for all the friends who gave a lot of efforts and energy into building it up.

In the 2 months since I am here, my perspectives on many things changed quite a lot. With enough space away from the System, its ideology and the circumstances I grew up in, it’s much easier to see clearly how these affected my character. We create a environment together in the commune to actively fuel this inner process. Of course I often feel confused with my emotions, thoughts and needs because of that, which doesn’t really feel comfortable. I have a bit of a identity-crisis here. But to struggle with ourselves is actually the goal. We of course help each other with that. We also talk a lot about what a revolutionary personality is and what method’s what struggles are needed to develop yourself.

There were some moments which I have really good memory’s on. One for example was the day we analysed and critisised each other’s personality heavily after two weeks of a self organised education-block. To stand there and receive all the critics from the friends, knowing each one wishes only the best for me, was a more valuable gift than I could imagine before. Another time we visited a family with three kids and stayed over night. To be invited and warmly welcomed and cared of was precious. Also the joyful interaction with the kids and the communal way they act are good in memory. And at last: I really like to dance the traditional Kurdish dances. There was a big cultural event in the city nearby. Everyone took the hands of each other and we formed a huge circle while dancing. Somehow this connected all of us. 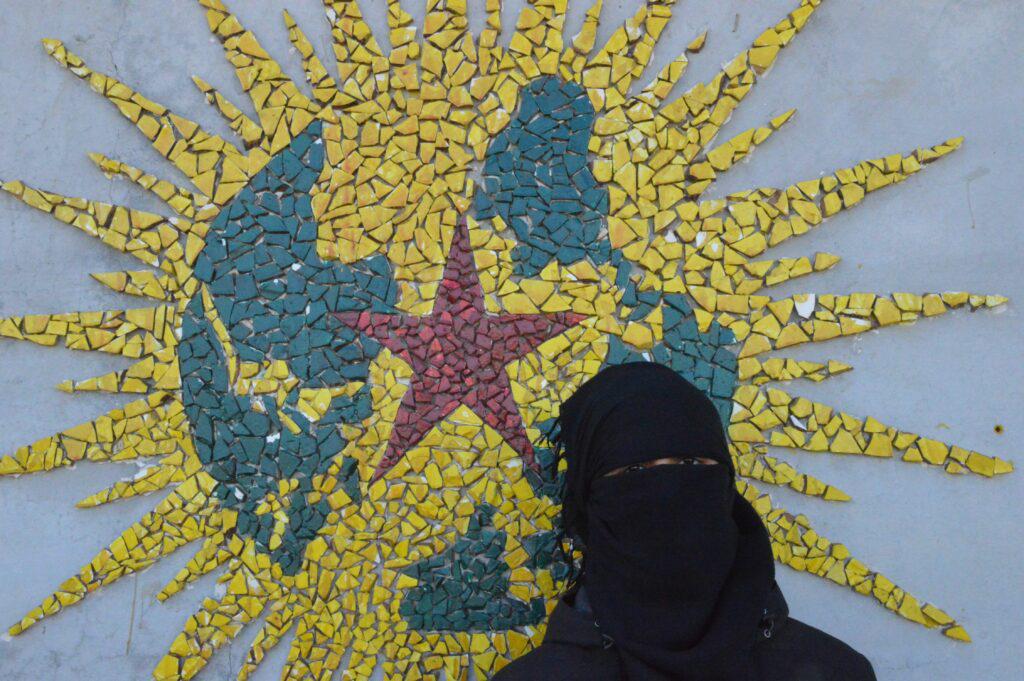 In my home country, I did not know what to do, how to live. I did not accept nor could I bare to be integrated into the system, to live an individualist life and to be a tool of the capitalist system. The only right thing to do was to fight for a revolution, but there wasn’t a revolutionary struggle, truly and actively opposing the system, that I could join, nor was I able to develop my own, being generally isolated and surrounded by liberalism. Facing this situation, the Rojava revolution and the Kurdish freedom movement seemed like a peak of hope for true and worldwide liberation, a revolutionary struggle that offers an alternative to the capitalist system in the 21st century, a struggle that is able to reinvent itself trough criticism and self-criticism, reject liberalism and oppose the roots of oppression, the roots of the 5000 year old patriarchal state system.

I had for quite some time thought about going to Rojava, in the search for a meaningful life and to develop myself as a revolutionary. In this, the Internationalist Commune emerged as a means to get to Rojava and to get involved with the Kurdish revolutionary movement, see ideological education and understand better how can I develop a revolutionary struggle in my own country, even if that is still very distant. I think it offers a good opportunity for internationalists around the world to see the reality of a revolutionary movement and to realize better the role that the liberal ideology has in preventing revolutionary struggles to emerge and how we can struggle to overcome it. It also has of course the potential to strengthen internationalist ties, not only with the Kurdish movement but also between the countries of the internationalists that gather here, and to learn from each other as well.

In here, getting involved through the Internationalist Commune with the revolutionary movement and its methods, I am developing a better connection between theory and practice, and between feeling, thinking and acting, namely in communal life, and in this way developing a series of aspects to build up a revolutionary attitude. To this movement, the internal struggle is perhaps the most important one, as it is fundamental for revolutionaries to act in accordance to their principles if their aim is to spread them to all society. In this sense, criticism and self-criticism become of utmost importance, since our characters have been deeply shaped by the environment we grew up in.

One thing I can say had a particular influence on me was having a platform, which takes place in the end of an education. Here, everyone analyzes themselves and their participation in the education, and is then analyzed and critiqued by its fellow comrades. These are not meant to bring de-motivation but to help and push everyone to improve themselves as revolutionaries. In my experience, this has been an important moment of renewal of revolutionary perspective and mindset.

If you are interested in coming to the Internationalist Commune write to us at internationalistcommune@riseup.net or check our information page about joining the revolution.

There are also other ways you can support the revolution, such as organizing all kinds of events to give it visibility and material aid, spread its ideology and methods, and denounce the attacks of the Turkish fascist state, pressuring other entities to take a stance.