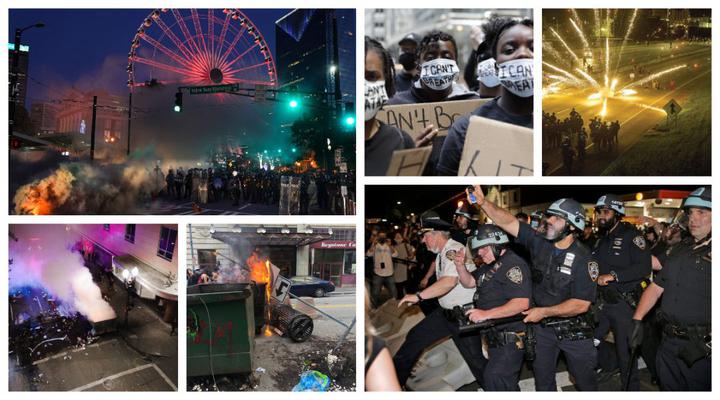 The Rebellion Explodes: Protests, Riots, and Clashes Grow in Response to the Murder of George Floyd

The country-wide rebellion that was kicked off by the police murder of George Floyd continues to grow, as across the US people hit the streets in solidarity. Mass demonstrations, freeway shut-downs, riots, looting, and clashes with law enforcement were widespread; as authorities rushed to call in the national guard. In many cities, large scale demonstrations that remained peaceful were also held.

What follows is a brief overview of the extensive resistance that was seen on Saturday, May 30th, for some cities, the second and third day of hitting the streets. Military buildup in Minneapolis also continued, as did reports of police attacking the press, while the Republicans played up fears of “ANTIFA” in order to justify repression and attempt to split the protesters along racial lines.