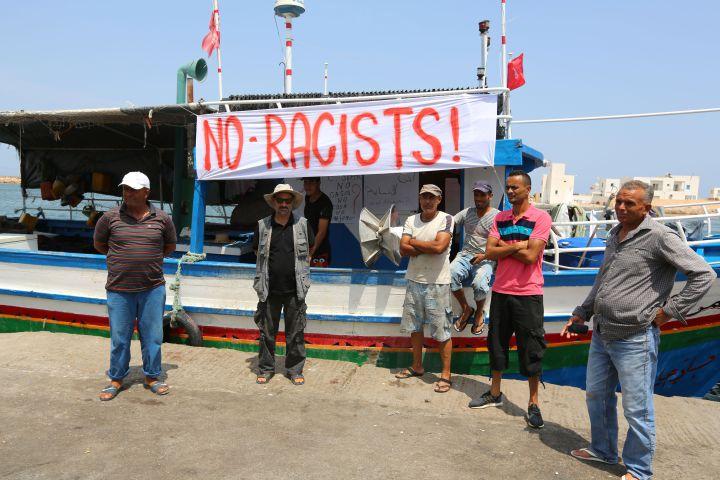 A far-right activist group's mission to disrupt the flow of migrant boats across the Mediterranean hit another snag this weekend when Tunisian local fischermen from Zarzis blocked its charter, the C-Star, from docking at the southeastern port of Zarzis.

"If they come here we'll close the refueling channel," Chamseddine Bourassine, the head of a local fishermen's organization. "It is the least we can do given what is happening out in the Mediterranean," he added. "Muslims and Africans are dying."

On Saturday, the C-Star briefly tailed a vessel operated by a French NGO that was running search and rescue operations in an area notorious for migrant boat sinkings. Anticipating the blockade, the C-star reportedly sailed north up the Tunisian coast, where it is expected to attempt to refuel at another Tunisian port Monday.

This weekend's blockade is just the latest challenge to GI's "Defend Europe" mission. The boat was held up for a week in the Suez Canal, and in Cyprus some of its crew members jumped ship, attempting to seek asylum in Europe.

Last week the ship attempted to reach different ports in Crete, Greece but groups of antifas made it clear that the CSTAR was not welcome. On Tuesday afternoon was reported to be sailing in international waters around 12 nautical miles off the Greek island of Koufonisi. 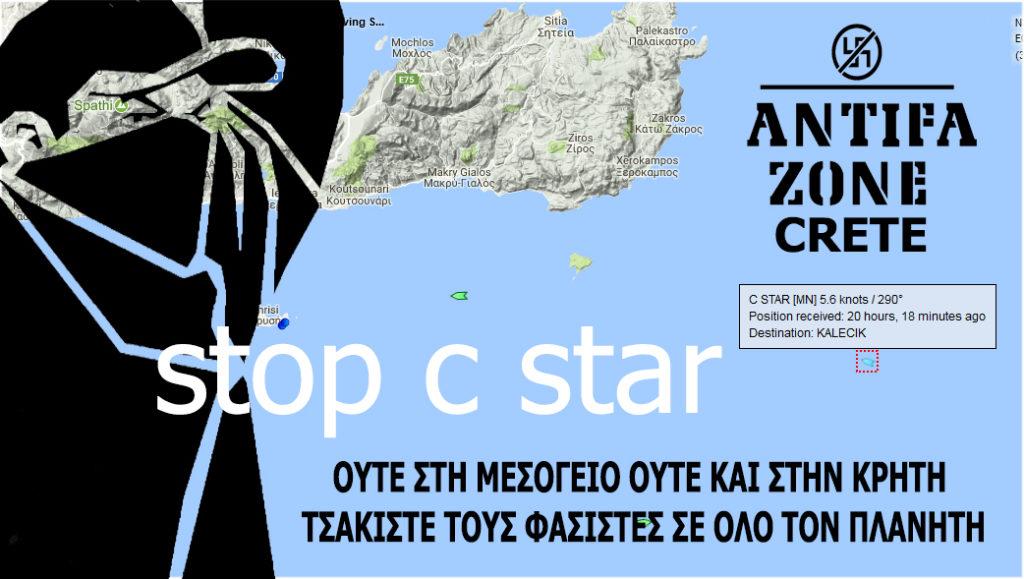 According to the anarchist collective Oktana:

"After trying to approach our coasts, the fascists of C-STAR vessel left Crete and moves near the Libyan coast. According to the state of the ship in Marinetraffic.com and information from local news sources, within the next days the fascists of C-STAR will try to reach Tunisia or Italy. We hope that comrades and antifascists of the Mediterranean will act as appropriate like the antifascist movement did in Suez, Catania, Famagusta and Ierapetra".

Below you can read our announcement published a day after our intervention in Ierapetra:

Announcement regarding our presence at the anti-fascist intervention at Ierapetra, Monday 31st, July.

A few months ago, the international fascist network Generation Identitaire (France, Germany, Italy), managed -using crowd funding- to charter a ship which would patrol the Mediterranean sea in order to “prevent” the flow of migrants into European ground. The prevention procedure is simple and sponsored by well-known organizations such as the European Union and NATO.

After spotting the migrants' vessels, the ship -named C-STAR- would surrender them to Libya's coast-guard's special units, trained through EU's funds at the NATO base in Souda (Crete), in order to hinder the migrants from sailing off the Libyan coasts, so that destination-countries such as Italy could avoid the “burden” of collecting and transporting them into European soil. After returning to Lybia's shores, the migrants are surrendered to gangs that abduct them, make them work under slavery conditions and demand ransom from their families. If they don't take the ransom, they (simply) sell them as slaves, while killing off anyone who tries to escape or demand their work's pay in cold blood.

For those that still don't seem to grasp it, the interplay between the EU, NATO, body traffickers, drug pushers and fascists is simple mathematics.

After C-STAR's departure, some 10 days ago, the international antifascist movement mobilized against the fascists' ship at Suez, Catania and Cyprus. After repetitive failed attempts to dock, the fascists decided to move toward Crete and specifically towards the town of Ierapetra.

Soon as we heard of the “visit”, comrades from Heraklion, Rethimno, Agios Nikolaos and Iearapetra, rushed to the town to communicate the event and be at the ready in case the European fascists tried to land their feet at the port. The demo that took place was unexpectedly large (over 100 people), taking into account it was only announced within a few hours and arranged at a relatively remote location of the island (Ierapetra). In addition, the demo managed successfully to communicate the news according to the local anti-fascists from Ierapetra which responded to the calling. Following the demo, we headed towards the port's headquarters where we informed the port authority of the consequences of a possible docking of C-STAR on the island, or any other attempt to help the fascists.

The chaos that prevails along Lybia is a product of NATO intervention and dissolution of the country, aiming back then to remove the non-western-friendly Gaddafi regime and to exploit Lybia's large wealth-yielding resources by European and American capitalists. As such, the flow of migrants into Europe is in turn a product of the Western powers' intervention in the Middle East and the dismantlement of countries such as Iraq. Responding to the barbarity that they themselves created, the EU and NATO fund and train coast-guards criminals in order to stop their victims from escaping this nightmare. Of course, the minions of international capital, the neonazis, couldn't possibly refrain from this criminal enterprise.

For us, the 2.220 dead migrants in the Mediterranean sea, our class position along the exploited people of the world and the island's anti-fascist history are enough to send the neonazis at the bottom of the Libyan sea. The far-right scum in collaboration with criminal gangs in Lybia that abduct, rape and kill migrants that try to escape poverty, hunger, sexual abuse and the flames of war, deserve no mercy.

Our presence in Ierapetra was not of symbolic nature. If -for whatever reason- permission is given to the fascists of C-STAR to dock, we will act as dictated by our class and anti-fascist consciousness.

Member of the Anarchist Federation 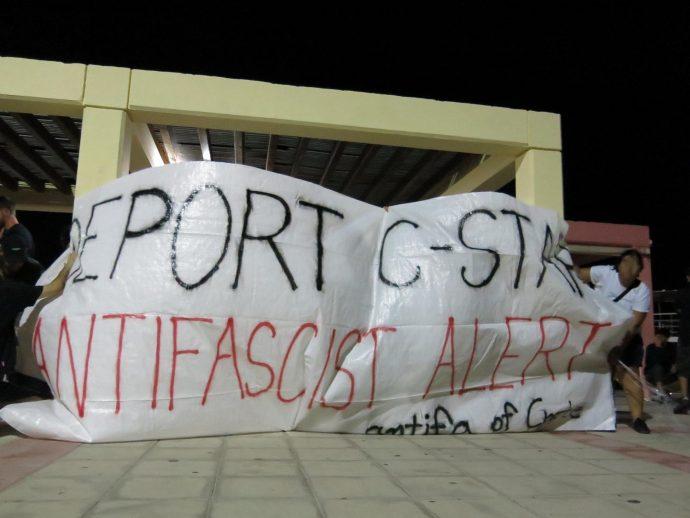 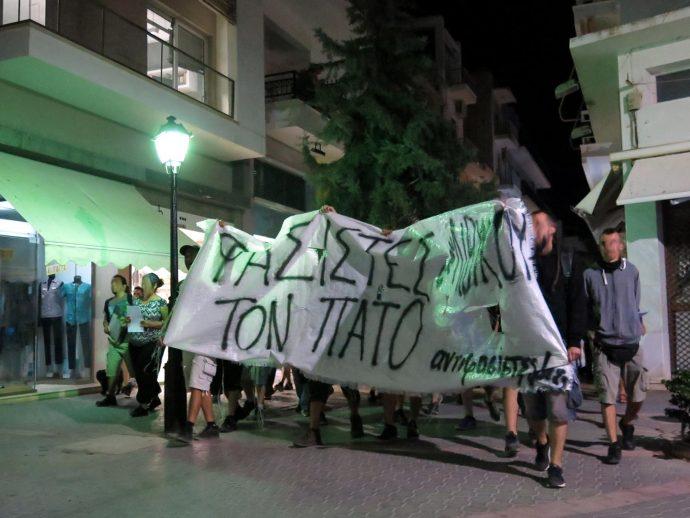 Meanwhile any attempt to turn migrant boats back to Libya could be very dangerous and illegal under international law.

About 600,000 migrants have been rescued from traffickers' boats and taken to Italy since the beginning of 2014.

More than 10,000 people have died attempting to cross the Mediterranean over the same period.

Earlier this month Amnesty International accused the EU of mostly leaving it up to sea rescue charities to save migrants. 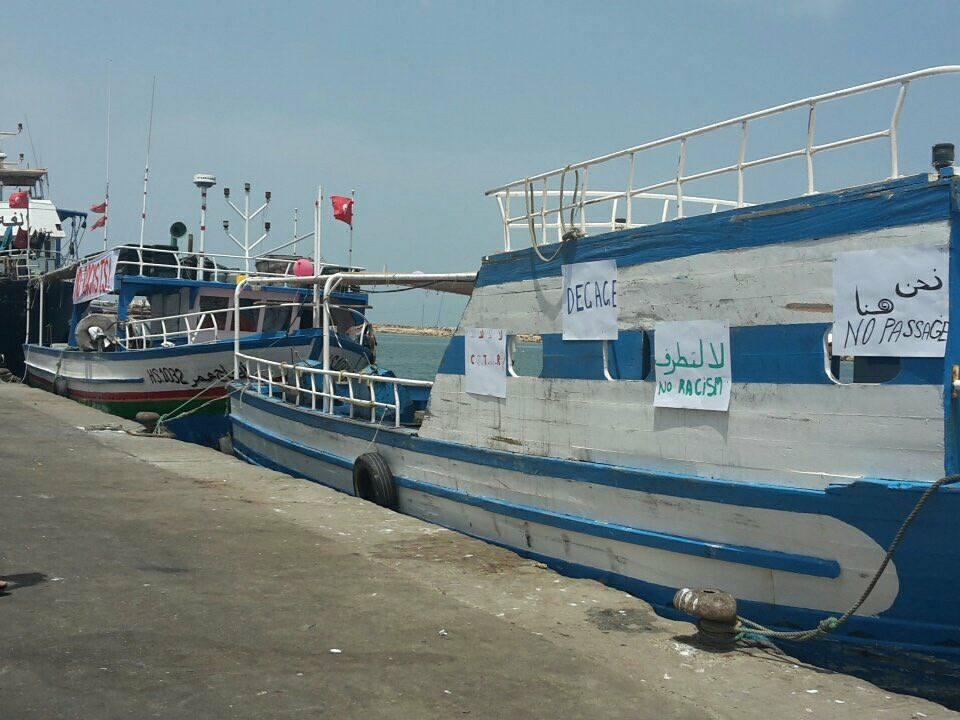 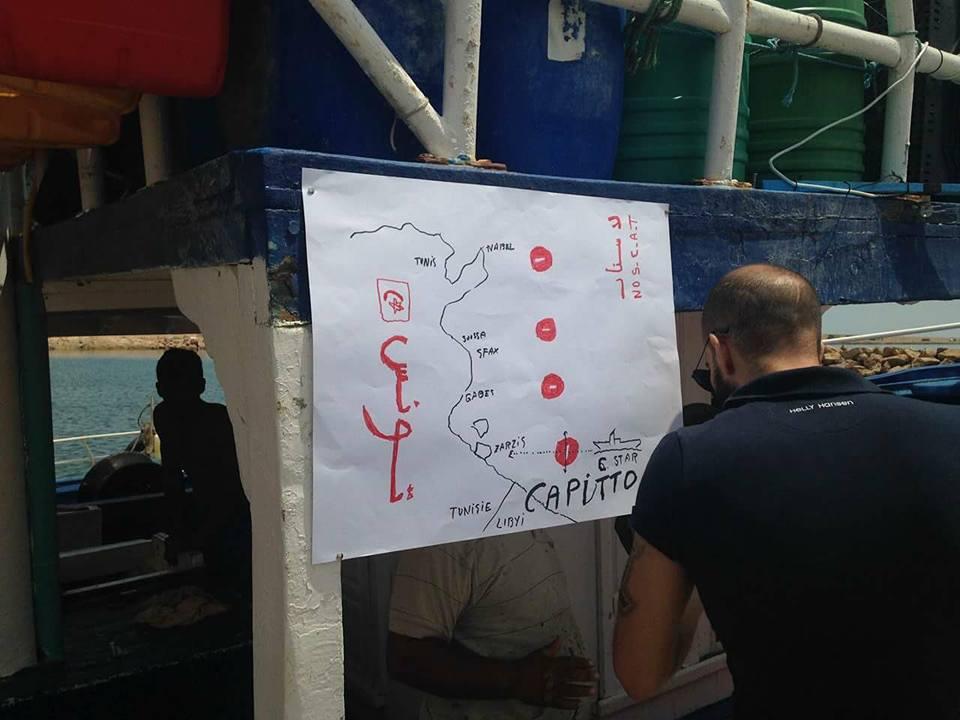 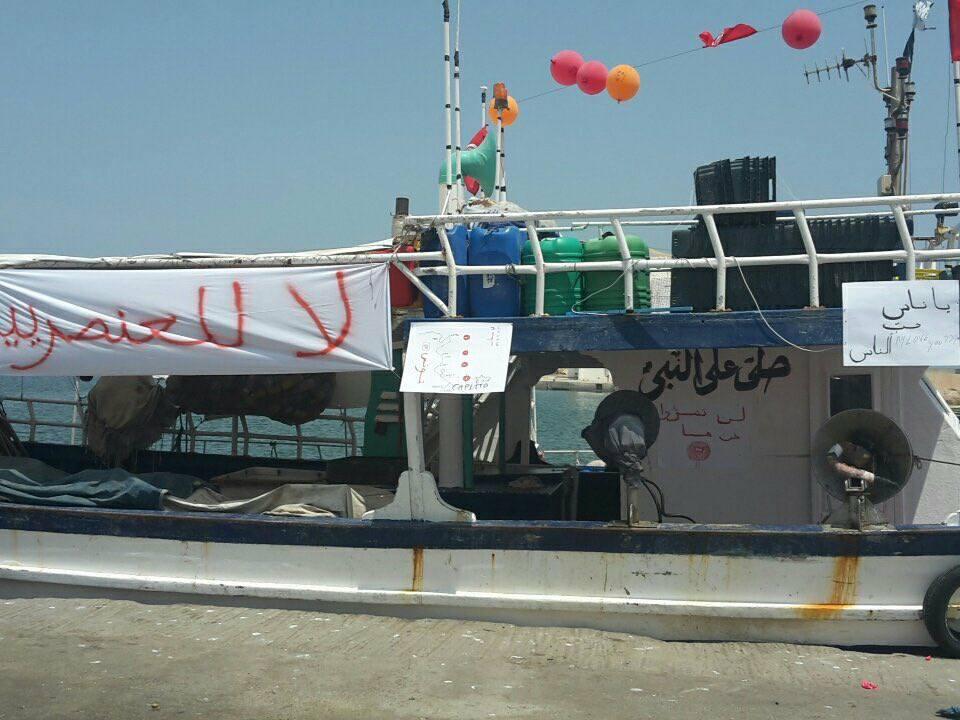