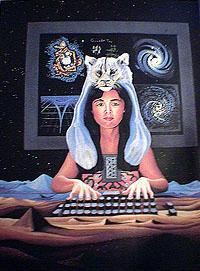 Capitalism and the Body

Capitalism molds technologies in specific ways as they interact with our bodies, and technologies are always developed out of the specific societies they are created in. Drug patents are one of the main reason for why there is a lack of cheap medicine in the world and armies are a major developer of new technologies. At the same time, these technologies are constantly reshaped, the nature of war is twisted by the advent of the cheap drone and the spread of birth control is a major part of the liberation of women.

Technology opens up new spaces for transforming society as we hack our bodies and develop new modes of organising and desiring, but also reinforces patriarchal and racist structures, for example in how cosmetic surgeries are typically used. Our answer is of course not to condemn such surgeries and hope to return to some "natural" femininity but rather to push for a multiplicity of doing genders and of being (trans)human. Transhumanism is the development of humanity through technology into something beyond the human. With the advent of more technologies we're likely to see these developments growing even stronger.

One of the most interesting and hopeful parts of the discussion on technology is the feminist discussion on technology and body. The chances for transitioning from one sex to the other, playing with gender and subverting patriarchy are deeply involved with cutting-edge advances in medical technologies on the one hand and everyday technologies such as clothing or makeup on the other. Our attempt here is to disrupt some liberal and patriarchal fantasies of the body, but also to attack essentialist conceptions of what humanity and gender is. 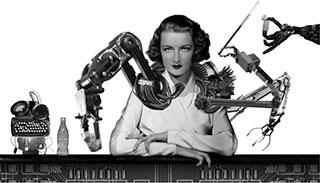 The body is at the heart of all debates on technology. Already in the 70's feminists discussed the capacity to use technology to destroy patriarchy and capitalism. These feminists developed ideas on how to utilize the technology of their day, which is today superceded by technological advancements, to disrupt the structure of heterosexist patriarchy, change the relation to child-rearing and destroy work. Their writing still feels absurdly relevant today, such as this quote from "The Dialectic of Sex" by Shulamith Firestone:

"So that just as to assure elimination of economic classes requires the revolt of the underclass (the proletariat) and, in a temporary dictatorship, their seizure of the means of production, so to assure the elimination of sexual classes requires the revolt of the underclass (women) and the seizure of control of reproduction: not only the full restoration to women of ownership of their own bodies, but also their (temporary) seizure of control of human fertility - the new population biology as well as all the social institutions of child-bearing and child-rearing. And just as the end goal of socialist revolution was not only the elimination of the economic class privilege but of the economic class distinction itself, so the end goal of feminist revolution must be, unlike that of the first feminist movement, not just the elimination of male privilege but of the sex distinction itself: genital differences between human beings would no longe'r matter culturally. (A reversion to an unobstructed pansexuality Freud's 'polymorphous perversity' - would probably supersede hetero/homo/bi-sexuality.) The reproduction of the species by one sex for the benefit of both would be replaced by (at least the option of) artificial reproduction: children would born to both sexes equally, or independently of. either, however one chooses to look at it; the dependence of the child on the mother (and vice versa) would give way to a greatly shortened dependence on a small group of others in general, and any remaining inferiority to adults in physical strength would be compensated for culturally. The division of labour would be ended by the elimination of labour altogether (through cybernetics). The tyranny of the biological family would be broken." - Shulamith Firestone, The Dialectic of Sex 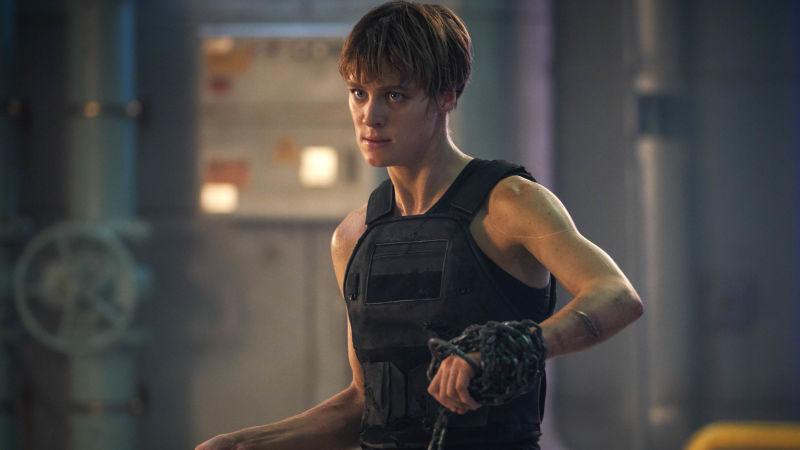 The debate on technology through feminism continued after this. In the 1980's feminist philosopher of science Donna Haraway suggested that humans are now cyborgs, a creature born of both technology and flesh which is far more malleable than it is static. Haraway posits how the cyborg is a creature far beyond the essentialist feminism of her day, constantly situated between materio-semiotic power structures: "The main trouble with cyborgs, of course, is that they are the illegitimate offspring of militarism and patriarchal capitalism, not to mention state socialism. But illegitimate offspring are often exceedingly unfaithful to their origins. Their fathers, after all, are inessential. I will return to the science fiction of cyborgs at the end of this chapter, but now I want to signal three crucial boundary breakdowns that make the following political-fictional (political-scientific) analysis possible. By the late twentieth century in United States scientific culture, the boundary between human and animal is thoroughly breached." Donna Haraway, A Cyborg Manifesto - Science, Technology, and Socialist-Feminism in the Late Twentieth Century

This view is for us tied to broader discussion on the chances for a trans- or posthumanist future, that is, a world in which we begin to leave what we have come to think of as the typical human with it's categorisation of nature/culture, world/human, object/subject and so forth. Many of these debates on the transhuman today overstate these opportunities though, such as in the strangely popular but shitty book Homo Deus by Yuval Noah Harari which proclaims the chances of immortality being within reach of humanity. These ideas, akin to Elon Musk's fantasy to colonise Mars instead of trying to save the planet we already live on, must be understood as a liberal, male power fantasy which operates to engage petit bourgeoisie white male youth in the last hurrah of modernism. All views on technology are informed by the society from which they originate in, and through the dualisms of nature/culture technology is seen as an inherently masculine thing. This does not merely create a skewed vision of how it works, but threatens to integrate sexist practices within the development of technology itself. Our technological vision rather rejects such views as well as retaining an understanding that there is no "natural way of life" to return to.

Even if these liberal fantasies are wrong we want to emphasise that technology raises entirely new questions that our old marxist and most feminist categorisations cannot quite contain and that the left tends to be worse than liberals at doing these analyses. As Haraway said, science fact is slowly seeping into science fiction and back again. One such issue is CRISPR/CAS9, which gives us the ability to reprogram DNA, possibly giving rise to a situation where we might be able to change the propensities for certain diseases, but which in our present class society might also give rise to a heavily genetically altered upper class. What will it mean for humanity when we transcend our present selves? We still don't know if this is even possible, but if it is then communism should be part and parcel of such a transhuman cyborg endeavour, to become something more and better. Once more, Haraway puts it better than we can:

"It is not just that science and technology are possible means of great human satisfaction, as well as a matrix of complex dominations. Cyborg imagery can suggest a way out of the maze of dualisms in which we have explained our bodies and our tools to ourselves. This is a dream not of a common language, but of a powerful infidel heteroglossia. It is an imagination of a feminist speaking in tongues to strike fear into the circuits of the supersavers of the new right. It means both building and destroying machines, identities, categories, relationships, space stories. Though both are bound in the spiral dance, I would rather be a cyborg than a goddess." - The Cyborg Manifesto