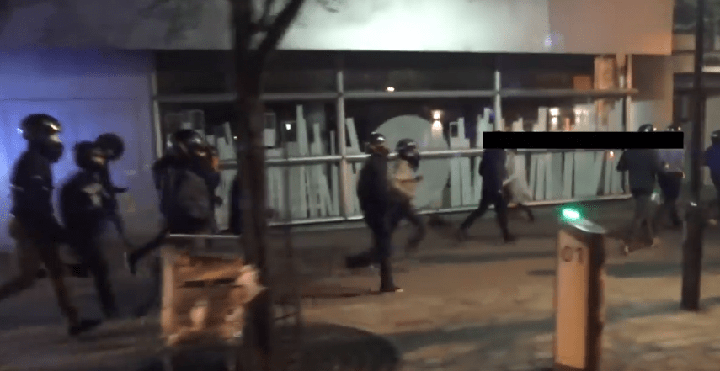 Published by Enough is Enough. Written by Riot Turtle.

Last nights attack against students who occupied Tolbiac university started around 11:00pm (23:00). The attackers were masked, many of them had helmets on. Many of them were armed with metal bars and threw stones and bengal torches to the building.

The occupiers defended the gate successfully, so the attackers did not came into the building. The attackers fled when the cops arrived. The occupiers chanted “Tolbiac, Tolbiac, Free commune!”, “Sorbonne, Sorbonne, Antifa!” and “Tolbiac is ours!” The cops arrested 6 of the attacking fascists and confiscated a banner, helmets and a bag of the fascists.

After the attack the president of the Paris 1 Pantheon Sorbonne university in Tolbiac, Georges Haddad, came to the university. He reassured the 200 people in the lecture hall that there will be no police intervention and condemned the fascist attack.