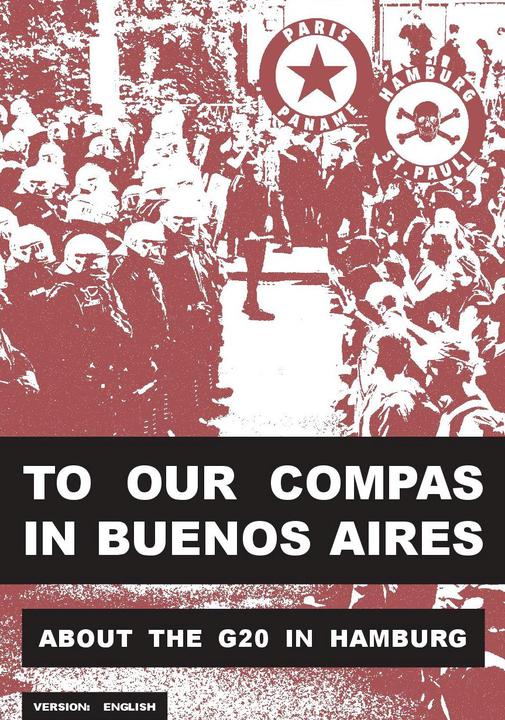 This is a detailed report and reflection on what happened before, during, and after the 2017 G20 summit in Hamburg, Germany. At the same time, it is a letter addressed to the activists and residents of Buenos Aires, Argentina—where the next summit (protest) will soon take place.

The authors come from Paris and Hamburg; they took part in the protest week together. They began working on this book in September 2017, discussing and composing everything clandestinely because politicians and police have been alleging that an “international conspiracy” was responsible for the militant resistance.

The people who worked on this project all come from different political backgrounds and attitudes; some see themselves as militants, others as explicitly non-violent. Their nevertheless largely common perception about the events and combined narrative is a contribution to the historiography of the G20, casting light on events that have remained clouded by the smoke of tear gas, burning barricades and above all, media representation.

For the Compas in Buenos Aires, this letter should help to prepare for similar situations—to avoid repeating mistakes and to make the most of the opportunities. Proceeds from the sale of these books will go to support those targeted by repression in Buenos Aires.

You could see it as “only english version” at the website of Crimethinc: