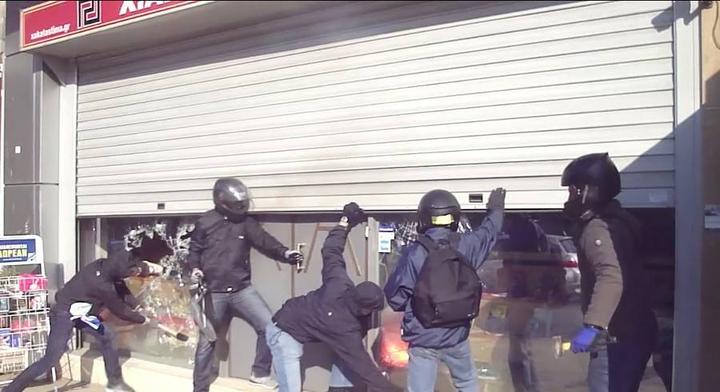 At about 9:30 Friday morning on March 30, 2017 approximately 30 anarchists - antifascists armed with sledgehammers, axes and red & black paint attacked the headquarters of Golden Dawn party in Athens, Greece, despite it's close proximity to the greek Pentagon, the headquarters of the riot police, the headquarters of Athens police, the Ministry of Public Order and the police academy, ie. in one of the most heavily guarded areas in the city, proving the that even the most impossible target is made possible if you have the will.

The group "Pavlos Fyssas Brigade" claimed responsibility for the attack with a communique at Athens Indymedia and has warned of more to come. In the communique posted last Thursday, it accused the neo-Nazi party of being part of the establishment and of collusion with big business interests..