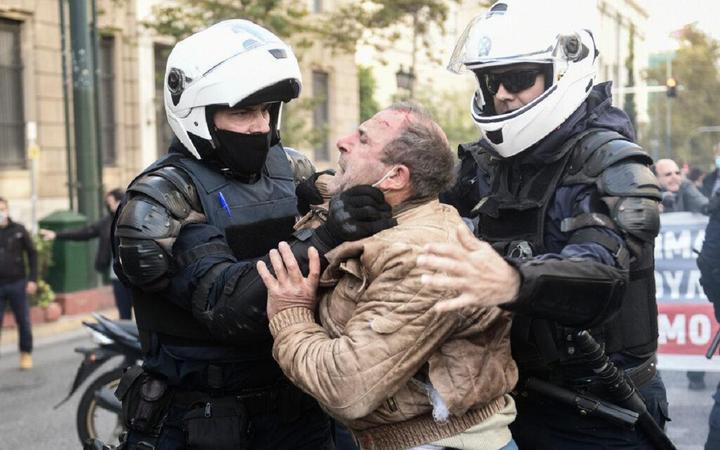 A gloomy atmosphere in Athens on November 17

Athens. Greece. After banning any gathering of more than four people on the streets and any commemoration of the November 17, 1973 uprising using language similar to that of the junta, the ND government yesterday violently dissolved all gatherings and demonstration attempts throughout the country. 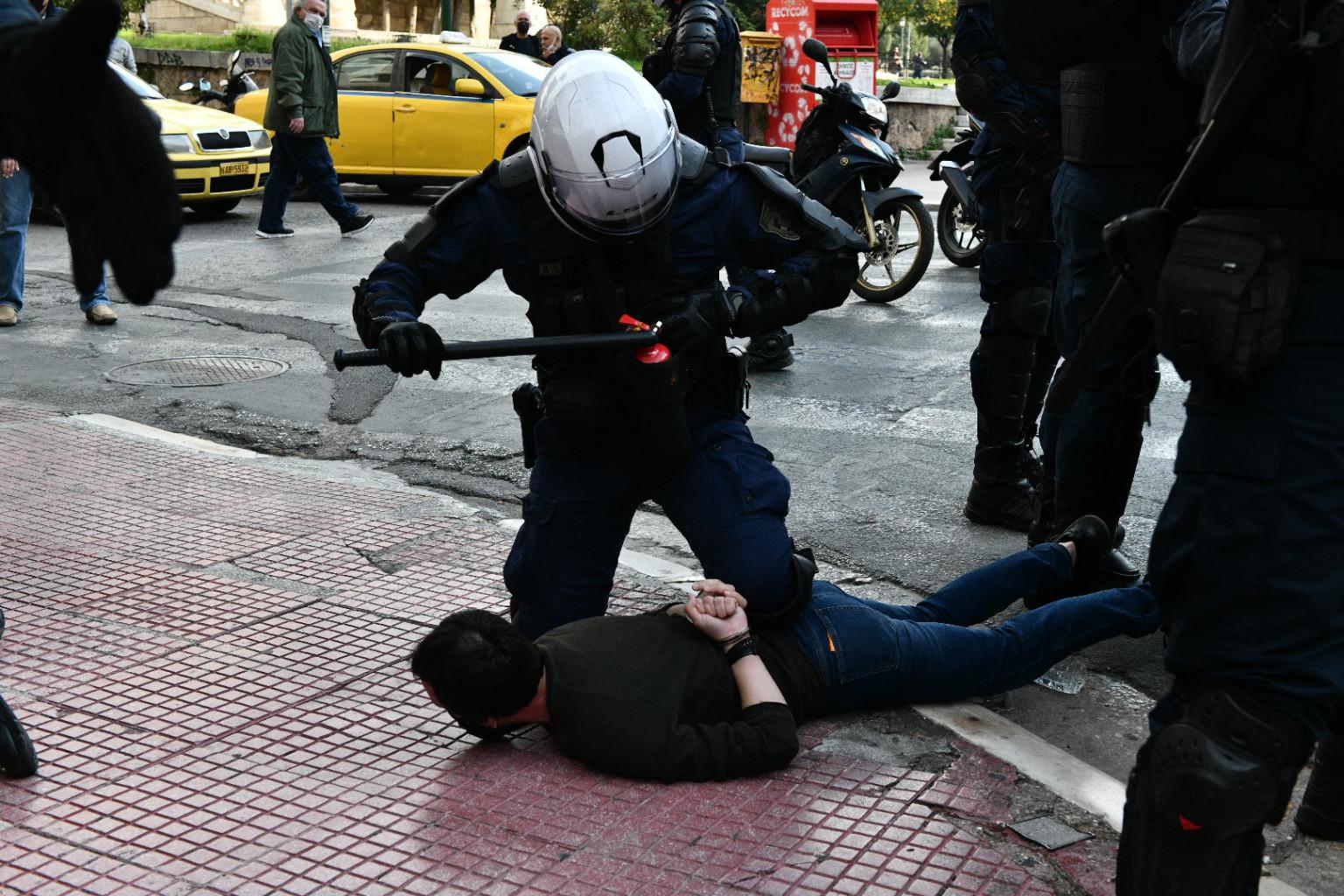 The universities in Athens have been closed for days and sealed off by police forces. Yesterday, thousands of police officers were on the streets in the center of Athens and other districts to enforce compliance with the state of emergency rules. Already during the day, many streets were deserted, and for two weeks already, special police squads dominated the scene.

A demonstration of the KKE and other left-wing groups, announced for 02:00 p.m., was already dissolved with water cannons that sprayed toxic chemicals, tear gas and the usual methods when people started to join.

Even in neighborhoods like Kypseli, Pagkrati, Kaisariani and Sepolia, small neighborhood rallies were attacked. Already one hour before the beginning of the absolute curfew at 21:00 the streets were spookily empty, while packs of 30 man/woman strong DELTA motorcycle cops patrolled the city searching for prey.

The appeal for anarchist participation in the demonstration remained almost invisible; whoever seemed to be somehow part of it had not only to show identification at all corners but also to open his or her cell phone, as legitimation for having sent the obligatory SMS to the state to leave the apartment. 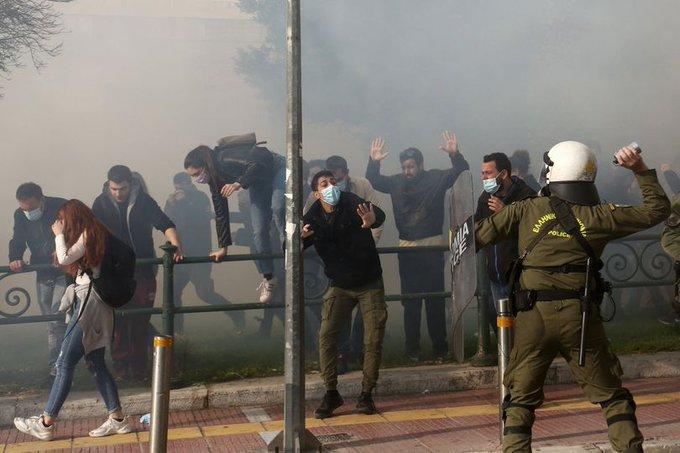 The reason for the repression is similar to that of the 1967 junta: the health of the people. Why Greece’s health care system is collapsing is obvious; instead of doctors and hospital beds, they invested in a massive rearmament of the police. Prime Minister Mitsotakis was the only one whose pictures of the dropping of a wreath at the Polytechnio were in the media. A shabby and cynical attempt by the Party of Friends of the Junta to falsify history.

Only unpeaceful resistance known so far, an attack on a police station in Thessaloniki: